New York Yankees: Yankees get their starter, Andrew Heaney from the Angels 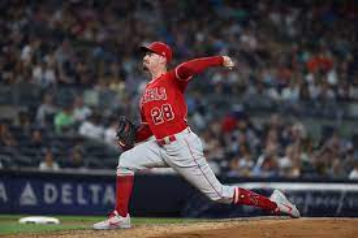 Bob Nightengale has reported that the New York Yankees have found their new starter, Andrew Heaney from the Los Angeles Angels. The trade involved cash from the Angels as the Yankees gave up minor leaguers Janson Junk and Elvis Peguero.

Andrew Heaney will join the Yankees starting rotation with a 6-7 record with the Angels and a 5.27 ERA. On a July 1, 2015 start Heany held the Yankees to one run while fanning seven Yankees.

The Yankees so far ahead of the trade deadline acquired pitcher Clay Holmes, outfielder Joey Gallo from the Rangers. Pitcher Joely Rodriguez from the Rangers, and Anthony Rizzo from the Chicago Cubs. Now they can add Andrew Heaney to the list.

More on this developing story later. Stay with EmpireSportsMedia for all the latest Yankee developments as they make a push to get to the postseason.