New York Yankees: Yankees blow a 6 run lead but get 12th win in a row 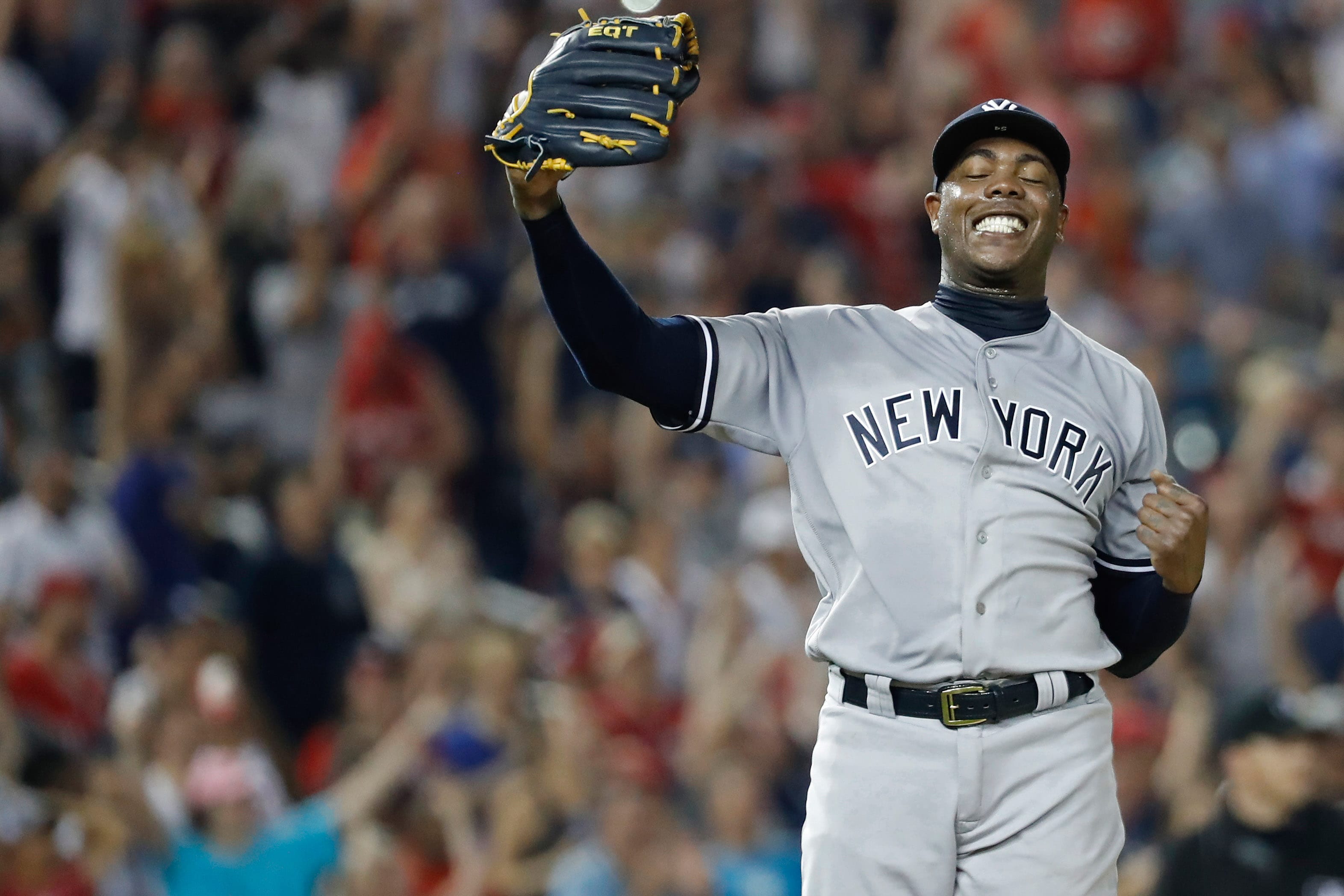 The New York Yankees entered last night’s first game with the Oakland Athletics after winning 11 straight games and looking for their 12th, for the first time since 1961. The Yankees are 10-0 in their last ten games and the Athletic 2-8 in their last ten, losing their last four games in a row. The Yankees could not be complacent as the A’s are a hazardous team at Oakland Coliseum. Jameson Taillon was on the mound for the Yankees and James Kaprielian for the A’s. The final score was the Yankees 7 and the Athletics 6.

The top of the second saw Joey Gallo at the plate for the Yankees; he struck out on a way outside pitch. Gallo argued, Boone argued, and was thrown out of the game. Giancarlo Stanton answered with a long home run to center. Gary Sanchez was out swinging. Then, Brett Gardner hit a homer to the right-field stands. Gio Urshela ground out, but the Yankees took a two-run lead in the game. At the bottom, Jed Lowrie flew out to Gallo in left. Josh Harrison ground out to Urshela at third. Mitch Moreland flew out to Gardner in deep center to end the inning and give Tailon another 1-2 -3 inning. New York Yankees 2 Athletics 0.

At the top of the third, Andrew Velazquez got a head slide double to center. LeMahieu ground out, but Velazquez moved to third. Rizzo got an RBI double to the center-field warning track scoring Velazquez. Judge walked. Gallo hit a three-run homer as the Yankees poured it on. Stanton went down on strikes. Sanchez flew out to the right-center to end the inning, but the Yankees picked up 4 runs. At the bottom, Matt Chapman led off for the A’s and hit a homer to get the A’s on the board. Sean Murphy hit a back-to-back homer. Elvis Andrus flew out to Gardner. Canha ground out to Urshela. Marte struck out to end the inning. New York Yankees 6 A’s 2.

Brett Gardner led off the fourth and flew out to far center. Urshela singled to center. Velazquez struck out. LeMahieu flew out to center to end the half. Olsen in the bottom walked. Lowrie struck out. Harrison got a base hit, moving Olsen to second. Moreland walked the bases loaded. Chapman walked in a run. Murphy struck out. Andrus got a two-run single to center to get the A’s within one of the Yankees. Those runs knocked Taillon that has been so good, out of the game. Andrus stole second. Albert Abreu came in to face Canha, who walked reloading the bases. Marte ground out to second to end the inning, but the A’s picked up 3 runs in the inning. Yankees 6 A’s 5.

The fifth inning was led off by Rizzo, who popped out to left-field foul territory. Judge went down swinging. Gallo ground out to first to end the half. At the bottom, Olson struck out swinging. Lowrie struck out when he couldn’t hold up. Harrison homered to tie up the game at six apiece. Moreland flew out to Gallo in left to end the inning, but the A’s tied up the game. Yankees 6 Athletics 6.

Giancarlo Stanton led off the sixth inning by popping out to third base. Sanchez singled to the left side. Gardner hit into the force out at second. Then, Urshela went down swinging on a ball way out of the strike zone. At the bottom, Chapman led off with a single to center. Murphy stuck out. Andrus struck out. Canha struck out to end the inning. Yankees 6 Athletics 6.

The seventh inning was led off by Velazquez, who tapped back to the pitcher. LeMahieu ground out to third. Rizzo had a sky-high pop-out to short. Marte in the bottom tapped back to Loaisiga pitching. Olsen ground out to LeMahieu. Lowrie flew out to Gallo to end the inning. Yankees 6 Athletics 6.

Aaron Judge led off the eighth inning and doubled to right field. Gallo walked. Stanton flew out to centerfield. Sanchez walked the bases loaded. Gardner popped out to the infield holding the runners. Urshela just off the IL today, and with the base loaded and two outs ground out to third, leaving the bases loaded with Yankees. At the bottom, Harrison against Loaisiga struck out. Moreland ground out to third for the second out. Chapman walked. Murphy struck out for two scoreless innings for Loaisiga. Yankees 6 A’s 6.

In the ninth inning, Velazquez led off and flew out to left-center. LeMahieu flew out to right. Rizzo walked on four pitches. Tyler Wade in as a pinch-runner. Wade stole second and, on an errant throw, went to third. Judge singled to center, scoring Wade for the one-run lead. Judge tried to steal second, and on review, was out. At the bottom, The Yankees send out Aroldis Chapman to close it out. Andrus flew out to Gardner in center. Canha struck out. Marte singled and stole second. Olsen who had 32 home runs on the season ground out to second for the Yankee’s 12th win in a row the most since 1961.

The final score was New York Yankees 7 the Oakland Athletics 6. The winning pitcher was Jonathan Loaisgia, the loser Lee Trivino, with the save going to Aroldis Chapman (24).

Despite clearing concussion protocol, the New York Giants need to err on side of caution with Daniel Jones
New York Knicks