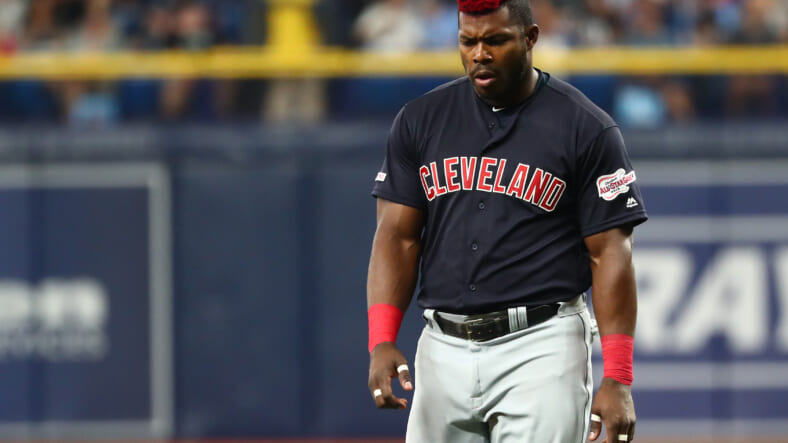 The New York Yankees have made tremendous strides in the past week to improve the team for the 2021 season. They were finally able to re-sign batting champ DJ LeMahieu, sign two-time Cy Young Award winner Corey Kluber and trade for pitcher Jameson Taillon. They may still sign arms to the bullpen. With Yankee veteran outfielder Brett Gardner not signed, there is much talk about adding another outfielder.

Although more is always better than less, this writer feels the Yankees have plenty of backup outfielders while understanding the outfielders’ injury record is not good. Stanton, Hicks, and Judge had missed parts of the last three seasons. However, along with Stanton, Mike Tauchman, and newly acquired Greg Allen, that makes three backups for Judge, Hicks, and Frazier. If they add to that, I feel it will be with Brett Gardner, more out of respect and loyalty than need.

Nevertheless, let’s take a look at these options.Â  Brett Gardner is the only holdover from the 2009 World Series season. Kyle Higashioka was a Yankee then but was in the minors. Despite a career-low .223 batting average in â€™20, Gardnerâ€™s excellent 16.5% walk rate (and .354 OB) still gave him a 108 OPS +, making him slightly above average and similar to the 103 OPS+ he put up from â€™17-19. Gardner had a $10 million option with a $2.5 buyout feature, the Yankees declined. With Garderâ€™s desire to play another year and the fanâ€™s love of their veteran that plays so hard, the Yankees can come to deal if they truly want him back. He is still an above-average defender in both left and centerfield. Add to that Gardner would like to finish out his career with the Yankees.

Probably the best left-hand hitter out there that the Yankees can afford is free agent Joc Pederson. The former Los Angeles Dodger destroys right-hand pitching and would be the perfect fit for Yankee Stadiumâ€™s short porch in right. He is not the defender that Gardner is, but his bat makes up for that. Against right-hand pitchers in 2020, he hit .382/.432/.559 in 37 plate appearances. If there is a problem, itâ€™s that he canâ€™t hit off lefties. Last year he batted .190 off lefties. That would be less of a problem with the Yankees as their right-heavy lineup seldom faces lefty pitchers. With an incentive-laden contract, the Yankees could probably land Pederson for $6 million on a one year contract. By the way, he is a Luke Voit look alike.

Puig might cost the New York Yankees more than they want to pay for someone that might be just a bench player.Â  Aaron Judge would have to have a serious injury and be away from the team for a long period to make Puig a strong need. Puig has a career .277 batting average with 132 home runs in seven years of play. The Cuban has just turned 30 years old. However, adding Puig would not provide a lefty bat to the lineup. Puigâ€™s colorful personality would also be an interesting fit on the Yankees, who are generally regarded as a clean-cut organization for literal and metaphorical reasons. Still, that doesnâ€™t preclude Puig from heading to the Bronx. After all, itâ€™s not as if an interesting character or two havenâ€™t donned pinstripes in the past.

One interesting possibility is Tommy LaStella, the former Angel and Athletics infielder. He would be backup for the New York Yankees to play any position in the infield should any of the Yankee infielders be injured or need a day off. Coming to the Yankees would be like a homecoming for the northern New Jersey native. Last year with the Angels and Athletics, he hit .281 with 5 home runs while striking out only 12 times in 228 plate appearances. In the postseason, he hit .273 in the wild card and .313 in the ALDS. While there are others available, these are my best four fits for the Yankees.