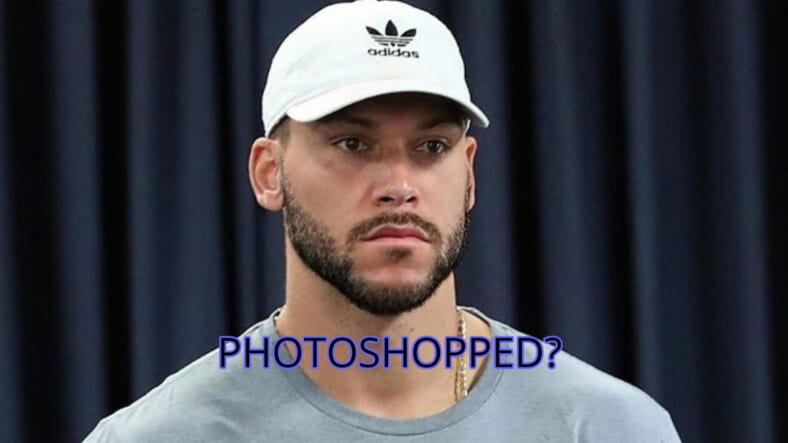 The New York Yankees, since George M. Steinbrenner bought the team from CBS in 1973; he saw a team in disarray and with little discipline. He quickly instituted an appearance policy, the major part dictated a clean shaven well-kept look although trimmed mustaches were allowed. Over the years there have been some minor challenges to the policy, but it is still in effect under Hal Steinbrenners’ ownership.

Early on when the Yankees acquired Lou Pinella, he showed up with long hair. The “Boss” told him he had to cut his hair. Pinella wasn’t happy. He said if the Lord had long hair he could too. Steinbrenner took him across the street to a gym with a pool. He said to Pinella, if you can walk across the water you can have long hair. The rest is history.

The clean appearance policy has come under scrutiny many times with many fans appreciating the policy, as it separates the Yankees from the other teams. Many also think it is archaic and should be dropped completely.

Recently on social media, Aaron Judge was shownÂ  with a well-kept full beard and mustache. The photo accompanying this article was no doubt photo shopped, as he was recently seen clean shaven at Tyler Wade’s birthday bash. But nevertheless it resurrects an interesting question. Not knowing when this photo could have been taken, it could be real.

Many think he looks good and should be allowed to keep it. Some are even suggesting he might show up at spring training with it, and challenge the policy. Judge is very cognizant of his appearance. After four years with the Yankees and a big gap in his front teeth he appeared with a brand new smile.

Forgetting for a moment that the photo of Judge was photo shopped, let’s say Judge showed up at spring training with that beard, I wanted to know if fans, number one, liked the beard, and also if they thought he would challenge the age old no beard policy.

Wanting to know what Yankee fans thought, I polled five Yankee fan groups on Facebook to see what they thought. I posed the question: No he is a Yankee, and Yes, he likes his beard. Here are the results and some choice comments.

Many responded “who cares.” Most of those in favor of dropping policy did so with the caveat that they could keep the beard as long as it was clean and well kept.

Here’s the results: Most like the look but also would prefer he be clean shaven during the season.

Most fans overwhelmingly think that Aaron Judge will not challenge the long standing tradition of being clean shaven (89.5%). Yes he will challenge (10.5%). There were just over 400 respondents.

Here are a representative sample of some of the comments:

Ben Berzins
I can deal with beards. As long as it is NEAT. I do not want any players with outrageous haircuts. Example:(Vladimir Guerrero Jr., Fernando Tatis Jr.)

Michael MiraccoAdmin
It’s fine during the off season, but I rather see him clean shaven during the baseball season.

Lalitha Kattoju
When itâ€™s the off season , that beard is ok.. when hes playing, I prefer clean shaven.. itâ€™s that classy look that sets the Yankees apart from other ball players who look like uncultured cavemen

Brendan DeMarchi
Being clean shaven makes the Yankees stand out. That plus our hunger to win separates us into a class divergent from every other baseball club. Keep the tradition. Players can do whatever they want during the off-season. Surely if you ask Aaron Judge he would want to remain clean shaven during the MLB season. Plus it honors the Boss!

Donna Marie
They all look better clean shavenâ€¦they are classier than any other team with the ugly long hair and scruffy beards â€¦Go Yankees!

The bottom line, is that although fans often complain about the clean shaven policy, when asked specifically they actually like the Yankee players to be clean shaven, as it sets them apart for other teams that let their players do whatever they want. So like it or not, it doesn’t look like the policy will be discontinued any time soon.