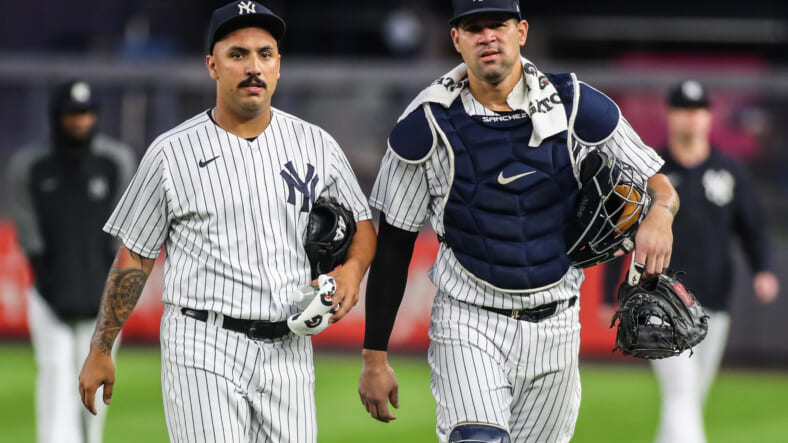 It was August 28, 2021, and the New York Yankees faced the Oakland Athletics, with Nestor Cortes Jr. on the mound trying to win the Yankee’s 14th win in a row. A win would have been the longest consecutive winning streak since 1941. But, unfortunately, the victory was not to be had, as Cortes gave up three runs through the sixth inning, and the Yankees, as so often last season, could only muster up two runs of their own.

Although Cortes didn’t win that game, he had been a Godsend for the Yankees with the injury to Corey Kluber. Cortes started the season as a reliever out of the bullpen but gradually stretched out to a starter to fill the gap.

Cortes was a strange pitcher that didn’t have an overpowering fastball or no particular put-out pitch. What he did have was an ever-changing delivery that mystified opposing hitters. He finished the season 2-3 in 22 games. He struck out five players a game and amassed a tiny ERA of just 2.90. However, like other Yankee pitchers, he suffered from little run support.

The question now is, what part will he play in the 2022 season? Will we see him back in the bullpen or again as a starting pitcher in the rotation. If the Yankees can’t pull in a significant number two starter to back up Gerrit Cole, you could see Cortes standing tall right in the middle of the rotation, either in front or behind Jordan Montgomery. Was last season an anomaly, or is he the real deal? Much of how the Yankees treat Cortes will be based on his performance in spring training, if and when that starts.

An excellent example of Cortes on the mound happened in a game against the Angels. Cortes Jr. is an old fashion pitcher, a real pitcher that constantly surprises his opponents with a whacky windup and throws any pitch at any time. He keeps hitters off-balance, often making them laugh. In a game against the Angels, he faced the great Shohei Ohtani. When Cortes made a bunch of strange moves on the mound, Ohtani laughed, thinking that Cortes was afraid to pitch to him; the fact was that he was playing with Ohtani. Cortes is scared of nothing and always has fun on the mound. He can’t blow away hitters, but his mental game wins.

Cortes Jr. throws a four-seam fastball that averages approximately 89 miles per hour. He also throws a slider and a curveball. His curveball has been registered as slow as 47 miles per hour. Hitters never know what they are going to get from Cortes. He throws all of his pitches in any situation. His style has given Yankee fans something to enjoy.

Cortes was born in Surgidero de Batabano, Cuba. His father won a lottery when Nestor was just a baby, and his father moved the family to Hialeah, Florida. Cortes started playing baseball at the age of 5. He pitched for Hialeah High School and Florida International University. The Yankees selected Cortes in the 36th round of the 2013 draft. He started in the Gulf Coast League, but the Yankees didn’t protect him, and the Orioles claimed him in the Rule 5 draft. He made his Major League debut as a Baltimore Oriole on the first day of the 2018 season.

On April 13, 2018, he was returned to the Yankees. He played in one game for the Trenton Thunder, but he advanced to the Triple-A Scranton/Wilkes-Barre, combining a 6â€ “6 record and a 3.68 ERA in 24 games. In spring training in 2019, he didn’t make the team and started the season in Scranton. On May 9, he was advanced to the Stadium. On June 15, he earned his first Major League win but again was sent down to Scranton, where he completed the season 5-1, but in November, he was traded to the Seattle Mariners. He bombed with the Mariners and selected free agency.

The New York Yankees signed him to a minor league contract in a third stint. He came up to the Stadium on May 20, 2021. In nine games at the beginning of the season, he won no games but recorded a 1.05 ERA. The Yankees won both of the games that Cortes started. Where he ends up in the rotation this season, one thing will be sure he will surely entertain.