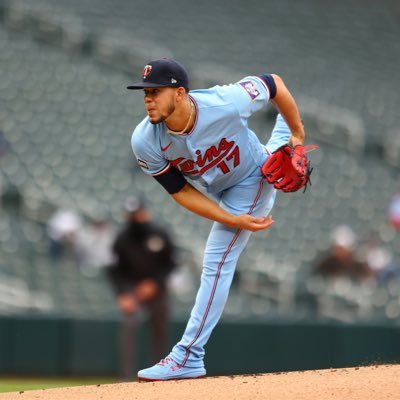 The internet is ablaze today with Jose Berrios chat, and the New York Yankees are mentioned. Berrios is a starting pitcher for the Minnesota Twins, who are having a horrible season, he has been their one bright spot. Several sources including Joel Sherman say that the Yankees are at least talking to the Twins about acquiring Berrios. There are two stumbling blocks to the deal, one is that he will be pricy, the other is that the Toronto Blue Jays and six other teams are in hot pursuit for the talented righty.

Berrios this season is 7-5, with an ERA of 3.48 in 20 starts. He would be a good fit for the Yankees. He doesn’t allow walks and manages to keep the ball on the ground. Should the Yankees land him they would have control over him until the end of next season.

You might say that the Yankees don’t need an extra starter, they have Luis Severino and Corey Kluber coming back in late August or early September. However, considering the Yankees believe they can still make a run for the postseason, winning every game from today on is so immportant. The can no longer wait to get better, and they have shown that this week, by changing the complexion of their lineup by adding two lefty hitters in Joey Gallo and Anthomy Rizzo. The have also picked up relievers Clay Holmes, and Joely Rodriguez.

Ken Rosenthal has said on Twitter, that the Blue Jays are the leading favorite to get BerrÃ­os after being unable to land Max Scherzer. They really need pitching help beyond Hyun Jin Ryu, so they may meet the Twinsâ€™ demands. But for this prize, don’t count the Yankees out, the still have big prospects not yet traded, among them is Luis Gil and Clarke Schmidt two pitching prospects that any team would like to have.

4 pm today, is the deadline for trades, and what each team has at that time is what they will live with for the rest of the season, as there will be no waiver trades this season. It now appears that Berrios will definitely be traded, to who we may have to wait for the deadline as teams make their final offers. Stay with EmpireSportsMedia.com as this story develops.

Update: As this article was being written Jose Berrios was traded to the Toronto Blue Jays.