New York Yankees: Who will the Yankees fifth starter be, much more, all the news in one place 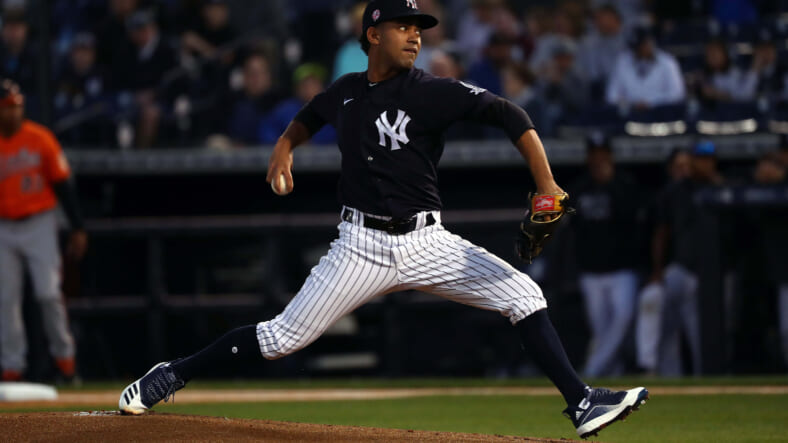 Who will the Yankees fifth starter be?

The New York Yankees have pretty well solidified their pitching rotation this season after losing Masahiro Tanaka, who is already pitching in Japan now, James Paxton that remains unsigned, and J.A. Happ, who is now a Minnesota Twin. During the offseason, the Yankees hired two-time Cy Young Award winner Corey Kluber and traded for the Pittsburgh Pirates starter, Jameson Taillon. They also made a significant signing for the bullpen in Darren O’Day, one of last season’s best relief pitchers.

The starting rotation is almost set with those moves, with ace Gerrit Cole leading off on April 1. Following him will be Corey Kluber, Jameson Taillon, and Jordan Montgomery. The question remains, who will anchor that rotation? The obvious answer is Deivi Garcia, who made his Major League debut last season. But with Domingo German, Jonathan Loaisiga, Clarke Schmidt, and Michael King in the wings, that question remains unanswered. It will probably depend on who pitches the best in spring training. If one of the aforementioned pitches particularly well, Montgomery’s fourth in the rotation could also be in jeopardy.

The question about Brett Gardner

Spring training is just a week away, and the New York Yankees have yet to sign long time veteran Brett Gardner to a new contract. According to who you want to believe, the Yankees have not been in contact with Gardner or his agent since they paid him $2.5 million to opt-out of his contract to play for the 2021 season, or that they have been in constant contact with him. Either way, Gardner is still a free agent.

If you recall, the Yankees waited until the last moment to sign Gardner to a new contract last year. This year may be a bit different because with Gardner still hanging out there, according to Jon Heyman, several teams are interested in the veteran. Gardner was the only Yankee holdover from the 2009 team when the Yankees won their last World Series. Gardner has often said that he wants to end his career as a lifelong Yankee, but that remains to be seen. He has said recently that he would play again in 2021, even if it’s not with the Yankees.

Yankee Roberson reunion in the works?

The New York Yankees were one of the teams that watched David Robertson’s pitching demonstration at the University of Alabama this week. Robertson wanted to show that he is back from his Tommy John surgery. “D-Rob” has pitched well for the Yankees in two separate stints with the team. The New York Yankees have had a love affair with David Robertson on a couple of occasions, and that flame may still be burning.

After a very successful seven-year career with the Yankees, the New York Yankees came calling again in 2017 at the trade deadline.Â  David pitched in 30 games for the Yankees and was absolutely brilliant. He went 5-0 with an ERA unheard of, just 1.03. The Yankees think they have the best chance in years to get to a World Series this season. Will they again decide if they need Robertson to get there. Only time will tell, but there is no news that they had engaged with him or his agent, but itâ€™s obvious they are at least considering a reunion with attending this pitching demonstration.

Yankee fans for the last two years have heard all the hype about the now 18-year-old Jasson Dominquez. The hulking ahead of his time player probably won’t make his much-awaited Major League debut until 2022 at the earliest. Many scouts believe it will not be until the 2024 season. This writer believes with his continued progress and talent it will be much sooner than that.

Dominquez’s talent far exceeds his age. He has only played in the Dominican Republic so far, but I believe he will make his professional debut this season, probably with the Yankees high A team in Tampa. If he succeeds there, he could find his way to the Somerset Patriots. That would lead to a possible appearance at Yankee Stadium in 2022.

Miguel Andujar is still with the New York Yankees, kind of. The Yankees like controlling their assets, but the fact remains that the Yankees have no place for the young man to play. He lost his title as the Yankee’s third baseman to Gio Urshela in 2019 after he suffered an arm injury, and the Yankees found out that Urshela turned out to be the better third baseman.

During 2020 Urshela basically hung around between the Yankee’s alternate site and Yankee Stadium but did not play a key role in the 2020 season. Andujar, 26 in March, authored a .297/.328/.527 batting line with an American League rookie record-tying 47 doubles in 2018, but a shoulder injury limited him to 12 games in 2019 and allowed Urshela to swoop in and take the third base job. Last year Andujar went back and forth between MLB and the alternate site, and his agent was none too pleased. He made several angry Tweets, but apparently, Andujar was not pleased.

Miguel Andujar has hired a new old agent. Jon Heyman and MLB insider at MLB.com has reported that Andujar has rehired Marquez of the MAS+ agency. Andujar wants to play ball somewhere, but the Yankees have control over the talent until 2024. He is oft mentioned as a trading piece, but the Yankees have been reluctant to let the young man go. Where and how he will play in 2021 is anyone’s guess.