New York Yankees: Who could have predicted this Yankee season? A look at one writer’s predictions 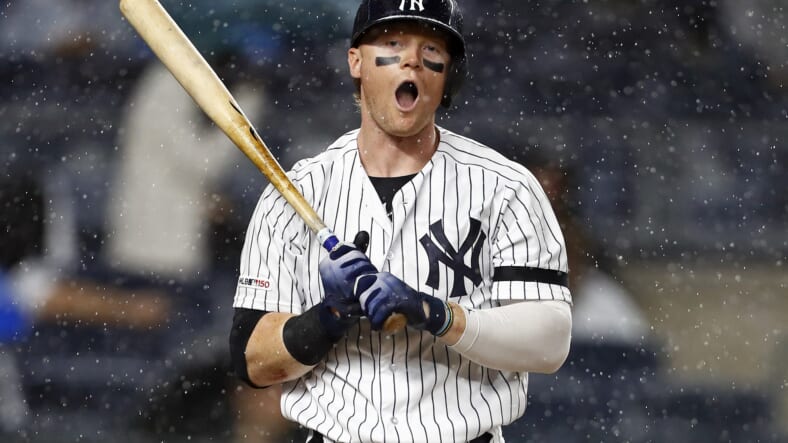 Every year before the season starts, I make my predictions on what the New York Yankees season might look like, who will star, and who will bomb. Last year I bombed out several times but still had a 50% winning percentage. This yearâ€™s predictions were made on March 30, 2021, when things looked risky but pretty rosy for the upcoming season.

Most analysts make their predictions and then forget they ever made them unless they are right on, in the category of “I told you so.” I have always published mine, good or bad. I don’t think anyone could have predicted the roller-coast season the New York Yankees have had. So let’s take a look at how I did with only weeks left to the season.

After winning 20 games in 2019 and 7 in a shortened 2020 season, most would have suggested he would win 20-21 games this season. But, unfortunately, he won’t come close to thatâ€”my prediction score A.

At the very beginning of the season, LeMahieu signed a lucrative six-year contract. Although he is a good hitter and defender, no one would have predicted he would drop his average by 100 points in his next yearâ€”prediction score B.

Boy, was I wrong on this one. Frazier has played in only 66 games due to poor play and injuries. Prediction score F.

I predicted he would play in 135 or more games. I nailed this one; as of today, he has played 127 games, and has been the Yankee’s best performerâ€”prediction score A+.

This is another one I bombed on; he may end up with the least home runs of the regular lineup. Prediction score F.

This one could have gone either way; with Injuries, we will never know. After returning to the team, he had a roller-coaster season. Prediction score C.

I was on track with this one. He definitely has been our best reliever before going on the IL with Rotator Cuff problems. Prediction score A.

I predicted the Yankee’s faith in him was for naught. He has hit better and has been somewhat better behind the plate. But also has had far too many bone-headed mistakes a veteran shouldn’t have. Prediction score C.

After an abysmal start of the season, the Yankees went on to have a 13 game winning streak and also, for 6 weeks, won more games than any other team. But then, as of today, they own a 7 game losing streak. The Yankees will be lucky to fall only 20 games short of my prediction. Prediction score F.

I still can’t answer this, although it looks improbable with the way they are recently playing. If they get to the wild card and win it, it’s baseball; anything can happen. Prediction score withheld. We will retake a look at these predictions after the season is complete.

At the beginning of the season, I thought that Aroldis Chapman would fail as the Yankee closer because of having made so many nail-biting losses at critical times in recent seasons, but I didn’t make that prediction I should have.