New York Yankees: What could the Opening Day lineup look like without Judge, Stanton? 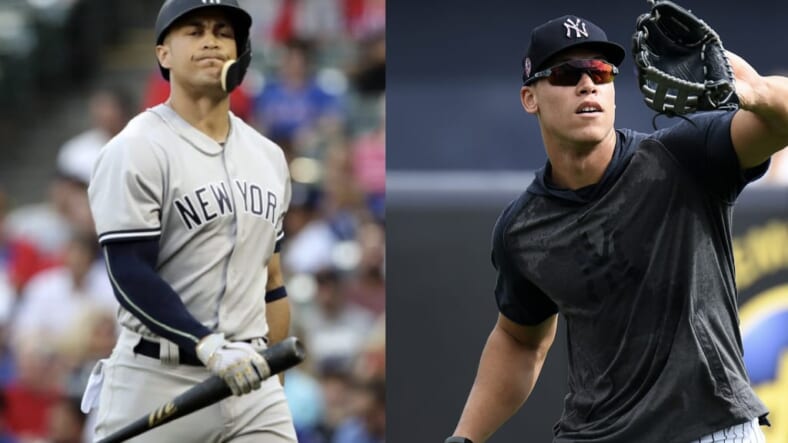 The New York Yankees haven’t even finished their Spring Training games and there are already several players on the shelf. Aaron Judge has been dealing with shoulder soreness and then had some tightness in his pectoral muscle and is day-to-day. Giancarlo Stanton suffered a Grade 1 calf strain and is also on day-to-day watch. It’s very possible that both these sluggers are not ready for Opening Day and replacements will be needed.

It’s no question that losing Judge and Stanton will hurt the lineup. However, the New York Yankees are lucky enough to have so much depth that it shouldn’t be too much of an issue. Here’s what the Opening Day lineup could possibly look like without Stanton or Judge:

Even without Judge and Stanton, this lineup is still solid from top to bottom. The only concern that people have brought up about the Yankees lineup is being short on left-handed hitters. In that case, Mike Ford and Tyler Wade can provide left-handed-hitting depth from the bench.

Switch-hitting center fielder Aaron Hicks is also expected to return from his Tommy John surgery in June or July. His return is going to be big for the Yankees. A healthy Hicks back in the lineup will be able to take the load off Gardner’s shoulders and give more depth to the outfield.

I don’t think fans should be worried about Judge’s injury. It seems that it’s just some soreness that is coming from throwing and hitting and the Yankees training staff is being extra careful with their star right-fielder. It’s obvious that they don’t want a repeat of last season and are going to be extra conservative on when they decide to get him going at 100% again.

As for Stanton, I never really know what to think about him. It seemed that last year it was a slippery slope of injuries. I really hope we don’t see a repeat of last season since he is a big part of the lineup’s success. I think Stanton is going to find himself in a DH role this year. It’s almost too “dangerous” to have him out in right field as he’s more prone to injury out there. If the Yankees limit him to just hitting, it’s not as likely he finds himself hurt.