New York Yankees Top 10’s: Is your favorite left-fielder on this list? (video) 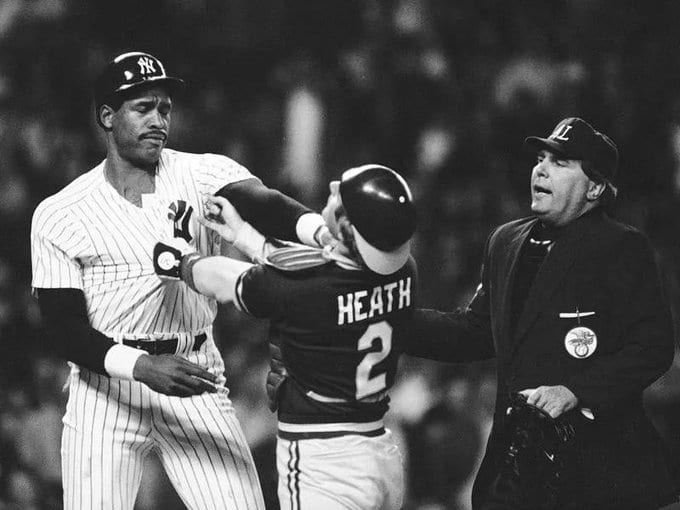 The New York Yankees, in their 109-year glorious history, have had their share of great baseball players.Â  From Babe Ruth to Joe DiMaggio to Ron Guidry, Derek Jeter, and dozens more, some of the best baseball players in history have graced Yankee Stadium.Â  Iâ€™ve dealt with the pitchers, catchers, baseman, right fielders, and centerfielders in my other top ten columns. Still to come are managers, acquisitions, and top 10 Yankee moments.

In this installment, I will attempt to identify the great Yankee outfielders.Â  With so many great outfielders, some writers will differ in the order of their preferences.Â  Here are this writerâ€™s top 10.Â  Identifying the top 10 is a bit more complicated with left fielders as they tend to play other positions as well.Â  But here goes:

Based on the whole of his New York Yankee career Yogi Berra should be higher on this list.Â  However, Yogi surprisingly did play in left field for the Yankees.Â  Although he was known mostly as a catcher, his career batting average of .285 while hitting 358 home runs and 1,430 runs batted in lands him on this list.Â  Yogi Berra has the distinction of having earned the most World Championship rings (10) than any other Yankee.

Gene Woodling played for the New York Yankees (1949â€“54).Â  Although he played all over the outfield, he was mostly known for his excellent defense in left field.Â  He was fast and had a great range.Â  Woodling played in left field for four Yankee Championship seasons from 1950-1953.Â  Although he never played more than 125 games in a season, he has kept him on the lower part of the list.Â  He also was not one of the best Yankee hitters.Â  One thing that held him down on this list was manager Casey Stengelâ€™s tendency to platoon players.

Tim Raines was with the Yankees from 1996 to 1999; he played about 50 games a year in the Yankees left field during that span.Â  He was a great outfielder but what puts him on this list is his Yankee career batting average of .299.Â  Although he is best known for his 13 years with the Montreal Expos, he was fast and agile footed for the Yankees making many near impossible catches for the Yankees. Raines was inducted into the Baseball Hall of Fame in 2017.

Hideki Matsui is the first Yankee that was truly a great left fielder for the New York Yankees.Â  Matsui was acquired from Japan from NPBâ€™s Yomiuri Giants after playing ten years for them.Â  Matsui played seven years for the Yankees, five of them in left field before he became a DJ due to injury. In his seven years, he had a career batting average of .292. On May 6, 2007, Matsui recorded his 2,000th hit between the teams.Â  He had a habit of hitting home runs on his birthday.Â  On June 12, 2008, he hit a Grand Slam, and on the same day in 2009, he hit a 3 run homer. In the 2009 World Series, â€œGodzillaâ€ batted .615 with 3 home runs and 8 runners batted in, which earned him the Most Valuable Player Award.

Pinella is known as sweet Lou.Â  He played in the Yankee left field for most of eleven years.Â  Not many balls got past Piniella; in his Yankee career, he had a .989 fielding percentage. Although Lou was not a home run hitter, he had a career batting average of .291.Â  He hit 148 doubles while with the Yankees.Â  Fans immediately embraced him when he came from the Kansas City Royals to the Yankees.Â  Lou Piniella captured two World Series Rings with the Yankees in 1977 and 1978.Â  Piniella seemed to shine in the postseason.Â  He batted .305 in postseason play and hit 3 postseason home runs.Â  Lou would go on to be the New York Yankee manager from 1986 to 1988.

Bob Meusel is often an unsung Yankee.Â  He played for the Yankees for 10 of his 11-year baseball career. He played left field more than any other position, 626 games for the Yankees. But he alternated between left and right, and never actually played 100 games in left in any single season.Â  Besides his stellar defense, Meusel was known as a hitter. The three-time MVP nominee hit .309 batting for the Yankees.Â  His best year for the Yankees was 1925, when he hit and unheard of at the time. 33 home runs and had 134 runs batted in. He helped the Yankees to their first-ever World Series Championship and another in 1927 and 1928.

The giant of a man Dave Winfield came to the New York Yankees when owner George M. Steinbrenner went out and got him from the free agency from the San Deigo Padres.Â  Winfield would have a remarkable 22-year career in the majors, nine of them with the Yankees.Â  The 6â€² 6â€³ left fielder was extremely fast for a big man in the left field at Yankee Stadium.Â  During his nine years with the Yankees, he batted .290 with 205 home runs.Â Â  Unfortunately for Winfield, his time with the Yankees was not always pleasant.Â  Steinbrenner was dismayed that he gave Winfield such a lucrative contract and withheld payments to his charity that was part of that contract. Winfield never played in a World Series for the Yankees as he played during their 17-year drought. Winfield was installed into the Baseball Hall of Fame in 2001.

Roy White was one of the best left fielders in all of baseball. White played for the Yankees between 1965 and 1979; his fifteen-year tenure manning left field for the Yankees allowed him to leapfrog a few on this list. He was a two-time All-Star and a four-time MVP candidate. His 1521 games in left field at Yankee Stadium makes him number one in games played in left field.Â  White has the misfortune to play with some pretty poor Yankee teams during the CBS ownership.Â  He did win two World Series after Steinbrenner revitalized the team in 1977 and 1978.Â  Roy was a quiet man and a gentleman who just went about his business with little fanfare.Â  During his time with the team, he was one of the most popular Yankee players.

If I woke up on the other side of the bed today, I might have put Charlie Keller as number one on this list. Charlie Keller played left field for 874 games, scattered over 13 seasons, all with the Yankees.Â  The sure-footed Keller played excellent defense in left with a .988 fielding percentage while hitting .286 with 189 home runs.Â  He had constant peak performance throughout his career except for the last two years after returning from back surgery.Â  Keller was also the second longest-tenured left fielder in Yankee baseball history. He was a five-time All-Star and an MVP candidate four times.Â  From 1939 to 1952.Â  One distinction that Charlie has is that he holds eight World Series wins, second only to Yogi Berra. Keller is one of the most overlooked players, not having made the Baseball Hall of Fame.

Yes, surprisingly, number one on the list is Babe Ruth. I say surprisingly because he is known more as a right fielder and first baseman.Â  He was a better hitter than a left fielder.Â  He had a very satisfactory fielding percentage of .968 but hot as good as a few others on this list.Â  But his longest tenure than any Yankee on this list and his far and away better hitting ability catapults him to the top of this list.

Babeâ€™s career with the New York Yankees resulted in a batting average of .342 with 659 home runs and just shy of 2,000 runs batted in.Â  Although Ruth played more games in the right field, he played more seasons in the left field.Â  From 1914 to 1935, Ruth helped the Yankees to four World Championships.Â  Babe Ruth is known as the best baseball player ever to play the game was elected to the Baseball Hall of Fame in 1936 as one of the first five inaugural entrants.Â  Of any Yankee player, Ruth was more than a baseball star; he was a cultural hero during the great depression when the nation needed hope; Ruth provided that hope.