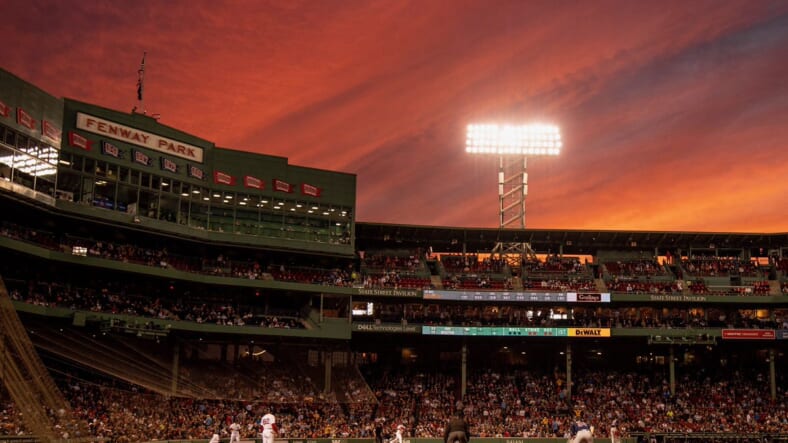 The New York Yankees have won many games this season, but they also have lost a lot, winning 92 and losing 70. It’s been the worst season since Aaron Boone has taken over as manager. Discarding the shortened season, they haven’t lost this many games since 2017. Regardless of the up and down season, they had this year, in the end, they managed to scratch and claw their way to the postseason. Tonight a few hours after 8:08 pm EDT, the Yankees will know if they will go to the divisional series and continue in the postseason.

The Yankees are in this winner take all game tonight because they have not gotten season wins over any of their division rivals except the lowly Baltimore Orioles and only by a few games. However, they dominated the National League teams they played and had a winning record over all the remaining teams in the AL, except the Angels with a record of 3-4.

The New York Yankees have a lot of work to do. To advance in the postseason and win a 28th World Championship, they will have to win over teams that haven’t been able to win over, all season. First, tonight the Yankees will face the age-old rival Boston Red Sox at Fenway Park in Boston. It came down to the last week of the season to find out if they would have the desired home-field advantage, but when they lost a game, and the Sox won they ended up with identical records. Under the rules, when that happens, the team with the best season record against the opponent gets that home-field advantage. If the Yankees can win the wild card game, they will then fight the Tampa Bay Rays for the division win. Superstar slugger Aaron Judge has this to say about the wild card game:

â€œThatâ€™s going to be a fun game right there. Itâ€™s going to be action-packed,â€ Judge said. â€œTheyâ€™re going to bring their A-Game. Weâ€™re going to bring our A-Game. Itâ€™s just going to be another great game in this big rivalry that we have and weâ€™re looking forward to it. We love playing at home, but weâ€™re excited anywhere we went. Getting a chance to go to Boston to play it is an exciting matchup for sure. We have a great starting rotation, our bullpen is fantastic. Even our offenseâ€¦ a lot of tough outs,â€ Judge said. â€œIf youâ€™re able to do that in the postseason and wear teams down, you can go far.â€

The only thing Aaron Judge didn’t really touch on is that the Yankees have had long droughts of not hitting. The Yankees had only 13 hits in their last three games played and a total of six runs combined.

Getting back to tonight, the Yankees will send their best pitcher to the mound, Gerrit Cole, the Yankee ace, to face a former Yankee Nathan Eovaldi. Cole is 16-8 record, an ERA of 3.23, and an incredible 243 strikeouts. So far, with the Yankees, he is 23-11 with a 3.11 ERA in two seasons. Cole has pitched to the Red Sox four times this season, with the Yankees losing two of those games. Cole is coming off a loss to the Toronto Blue Jays when he gave up five runs in six innings of work.

On paper, the New York Yankees have an excellent chance of winning this game, but there is a concern. Although Cole has won a lot of games, his winning percentage was best earlier in the season. It got to the point that when Cole took the mound, the Yankees were nearly assured of a win. Unfortunately, that is no longer true. Cole had struggled at times during September when he lost as many games as he has won. His innings pitched is down, as is his strikeout rate. In addition, he seemed to have tired as the season progressed.

The Boston Red Sox will send Nathan Eovaldi to the mound to hold down the Yankees. Eovaldi is a former Yankee pitcher (2015-16, 23-11). With the Red, Sox Eovaldi has been 20-15 with an ERA of 4.11. This season he is 11-9 with an ERA of 3.75. The Yankees and Eovaldi have met in the postseason once before. In 2018 in game three of the divisional series, he pitched seven innings in the 16-1 Yankee loss, the Yankees’ most lopsided loss in their postseason history.

Eovaldi is coming off a September 29th win over the Baltimore Orioles when he gave up only four hits in a scoreless effort, striking out 7. Still, on the 24th, he lasted only 2.2 innings against the Yankees giving up seven earned runs in the Yankee win. Over the 2021 season, Eovaldi has a 2-4 record against the Yankees.

The New York Yankees hope that Cole will be at his best tonight and go deep into the game. If he doesn’t, the Yankee bullpen is rested and ready. The Yankees have more options in the bullpen than the Red Sox. The Yankees will pull out all the stops to get into the divisional series with the Tampa Bay Rays in a winner-take-all game.

Tonight’s wild-card game will be televised nationally at 8:08 pm EDT on ESPN. So tune in; there will be no shortage of excitement or nail-biting for either team’s fans in this winner take all event. The loser goes home to lick their wounds.