New York Yankees: Should the team pursue a former All Star pitcher? 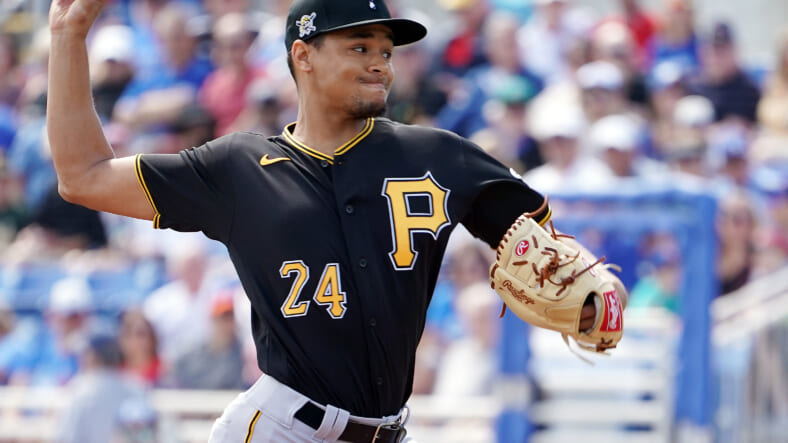 The New York Yankees have never been ones to shy away from the spotlight when it comes to free-agent signings. Over the past few years, seemingly every big-name player has been linked with the Yankees in some way.

Players like Bryce Harper, Patrick Corbin, Manny Machado, and dozens of others have thought about suiting up in the Pinstripes. Sometimes, however, the best signings are the ones that are unexpected or not involving huge names. When the Yankees brought in DJ LeMahieu, at the time, it was an under-the-radar signing and a signing that wasn’t all that talked about. As we have seen, DJ’s deal ended up being one of the best in recent years and set himself up for a far better one this offseason.

This offseason, the Yankees should most definitely shift their attention toward addressing the pitching issues. I believe they should sign one of Bauer or Morton, along with resigning DJ. There are also arguments to be made about signing middle rotation guys for stability and depth. One guy I would be interested in looking at bringing in is Chris Archer.

Chris Archer’s career has been interesting, to say the least. He possesses all the talent and abilities in the world, but over the past few seasons has fallen off in dramatic fashion. Archer’s value disappeared almost entirely this last year, as he was forced to miss the entire ’20 season after surgery to relieve symptoms of thoracic outlet syndrome. The Pirates most recently, a couple of weeks ago, chose to decline his $11 million option, thus making him a free agent. While Pittsburgh has talked about entertaining the idea of bringing him back on a much lower salary, nothing is concrete as of yet.

Archer’s time in Pittsburgh was dismal as he was never able to establish himself and find any sort of groove. He battled constant ailments and IL stints in his time there and was frequently being floated in trade talks. Below is a comparison of his time in Tampa, compared to his numbers with PIT (info via Fangraphs):

The interesting thing with Archer is that his strikeout numbers were better with PIT, but of course, the 10.60 was across a measly 172.0 IP. Unfortunately for Archer, frequent injuries caused him to miss time and ultimately only compile a short-lived Pirates career. There are a few potential points that are worth noting for Archer’s huge fall-off. One of which could be that Pittsburgh just isn’t that great at pitching production and getting the best out of their guys. To ship off Gerrit Cole and Tyler Glasnow over the past few years alone shows that they may not be entirely sound in their decision making. Even looking at their current front trio for ’21 of Musgrove, Willams, and Taillon, all three guys could’ve been better off in a different system. Taillon, of course, has battled various injuries as well, and unfortunately, may never reach that once high ceiling he had. So maybe it is on Pittsburgh, in that even the year they were somewhat competitive when they acquired Archer, they just couldn’t get results.

Looking closer at Archer’s lone full year with PIT, the 2019 season, in comparison to even his worst year with TB (2016), shows that clearly, something was off (info via Fangraphs):

While Archer was able to miss bats at a similar clip, it was clear that opponents had figured him out. When he didn’t miss the bats, he paid in full with much better contact numbers off of him than ever before. In 2019, opposing batters slugged .460 versus Archer, which — for reference — was .57 higher than he allowed in ’16 at .403. Not to mention the clear struggle with his command and control. A main contributive fact to that has to be that Archer’s pitches were simply not as good as they once were. While Archer has always had a solid mid-to-high 90’s fastball, his money pitch was his slider. His slider values — wSL — during his career with TB never dropped below 0.0, but when he joined PIT, that pitch completely lost its oomph. He posted a -0.1 wSL in ’19, to go with a -5.2 wFB, -1.0 wCB, and a -2.4 wCH. In his entire career with TB, he never once had a season where every pitch was actively hurting himself and the team. So is it just that Archer himself has fallen off entirely, and him having surgery on an already damaged shoulder/neck just sealed that? Or is it more that Archer’s time in Pittsburgh is just similar to fellow recent pitchers’ struggles there as well.

Looking back at how dominant Archer was in Tampa during his prime goes to show the skills he possesses. There’s no doubting that when healthy and on, he’s one of the most exciting in baseball. Even with his lost control and limited workload, Archer still was able to miss bats and register some quality starts. I don’t believe signing him would be seen as a big move, but to get a guy with the proven track record that Archer has for cheap could be a great move. A potential contract could be the minimum deal for a year, in a ‘prove it’ situation, or it could be a 2/3 year deal for pennies on the dollar. Either way, there is no real negative to bringing him in. Archer is most definitely a shell of himself and most likely won’t find that same stretch of form. However, he could still be a very valuable back-end arm and one that can impact the game any given start.

I’ve always been one that has compared Yu Darvish and Archer with one another, as I believe their styles of pitching & delivery are very similar. Both guys are excellent finesse pitchers, and in their primes, were two of the most feared strikeout artists in the league. Darvish just had a phenomenal bounce-back campaign at age 34. While I do not believe Archer can flip the script entirely and become a dominant ace once again in this league, there’s no ruling out a comeback. At this time in his career, where his value is at the lowest it will likely ever be, why not take a chance. There was once a time when Chris Archer was heavily linked to NYY, and Yankees fans alike shared the same want for him to join the team. Unfortunately, the asking price for him was way too high, and if his career turned out anything similar to how his spell in PIT did, then we dodged a bullet. Now, however, if Archer does have anything left in the tank, I say go for it. If he shows he can adapt to losing his velocity and oomph over the last few years, and become more and more of a finesse pitcher, then that could be another great deal by Cashman and co.

For Archer, only being 32, there’s still time for him to register quality seasons to round off a solid career. One unfortunately marred by one damned Jolly Roger.