New York Yankees Recap: Yankees shut out by the Jays for third loss in a row 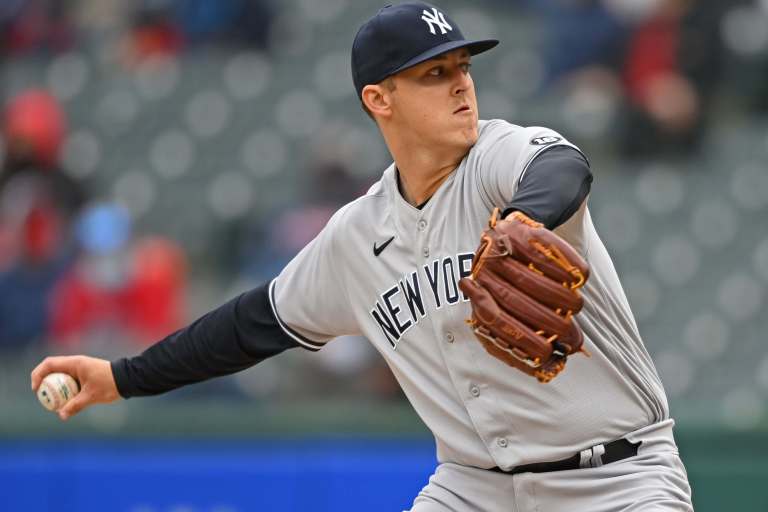 It is challenging to win a four-game series for any team, but with the Yankees wild card berth in jeopardy, the Yankees are going to have to put their best foot forward, pitch well, and hit well to put down a team that has nothing to lose as they are out of the postseason this year. The Yankees are just 1/2 a game ahead of the Red Sox in the wild card standings. Next is the Seattle Mariners surging recently with a 5 game winning streak. The Yankees looked to Taillon to right the ship after an embarrassing series loss to the Baltimore Orioles. Unfortunately for the Yankees things just got worse as they were shut out by the Blue Jays 8-0.

Jameson Taillon faced the DH George Springer in the first inning, who grounded out to Urshela at third. Marcus Semien homered to left. Vlad Guerrero Jr. also homered out to right. Bo Bichette went down on strikes. Teoscar Hernandez struck out, but Taillon gave up two runs in the half. At the bottom, DJ LeMahieu led off against Ryu by chopping out to third.  Joey Gallo struck out. Aaron Judge ground out to short as the Yankees went down 1-2-3. Blue Jays 2 Yankees 0.

Corey Dickerson led off the second inning by striking out looking. Lourdes Gurriel Jr. reached on an E6 by Torres when he dropped the ball. Gurriel tried to steal second, but Taillon fired and got him out. Danny Jansen singled off a Urshela dropped ball E5. Kevin Smith flew out to Stanton on the warning track in right. At the bottom, Giancarlo Stanton led off by flying out to right. Anthony Rizzo lined out to right. Gary Sanchez ground out to short as Ryu put down six Yankees in a row. Blue Jays 2 Yankees 0.

The third inning was led off by Springer, who worked a walk off Taillon. Semien flew out to Gallo in left. Guerrero Jr. reached on another E5 by Urshela. Bichette hit to center and was caught with a diving summersault by Gardner for an inning-ending double play. Gleyber Torres struck out swinging. Brett Gardner got a single up the middle. Gio Urshela ground out, but Gardner moved to second. LeMahieu ground out to leave Gardy stranded. Jays 2 Yankees 0.

The fifth inning was led off by Jansen, who popped out to short. Smith popped out to LeMahieu. Springer rocketed one directly to Gallo in left. Rizzo led off the bottom by singling to left. Sanchez popped out to first in foul territory. Torres went down on strikes. Gardner ground out to end the inning. Jays 2 Yankees 0.

The sixth inning was led off by Semiem, who lined out to center. Guerrero Jr. flew out to Stanton. Bichette popped out to end the half with Taillon only using 12 pitches in the last two innings. At the bottom, Urshela led off with a base hit to left. LeMahieu hit into a doubl play. Gallo went down looking. Jays 2 Yankees 0.

Teoscar Hernandez led off the seventh inning by walking and then stealing second. Dickerson struck out. Gurriel Jr. singled driving in Hernandez. Jansen flew out to left with Gallo fighting the sun. Gurriel made it back to first. Smith also flew out to Gallo, but the Jays tacked on a run. At the bottom Judge facing the new Jays’ pitcher, Trevor Richards struck out. Stanton struck out swinging. Rizzo singled to left on a drag bunt. Sanchez popped out to the infield to end the inning. Blue Jays 3 New York Yankees 0.

The eighth inning was led off by springer who struck out. Semien ground out to Urshela at third. Gierrero Jr. singled up the middle for a base hit. Bichette ground out to Urshela. At the bottom, Torres ground out to third. Voit pinch-hitting for Gardner went down looking. Urshela flew out to left-center to end the inning. Blue Jays 3 New York Yankees 0.

Hernandez led off the ninth by facing Brooks Kriske and homered to left. Randal Grichuk walked. Gurriel Jr. walked. Jansen struck out. Smith flew out to Rizzo. Jake Lamb pinch-hitting walked to load the bases. Semien got a Grand Slam to blow the game open. Guerrero Jr. singled to center.  Bichette popped out in the infield. At the bottom with last licks on the line for the New York Yankees, it was the top of the order. LeMahieu singled. Gallo struck out. Judge hit into a double play to end the games as the Yankees were shut out.

The final score was the Toronto Blue Jays 8 and the New York Yankees 0. The winning pitcher was Hyu Jin Ryu, and the loser was Jameson Taillon. It was the Yankees’ third loss in a row. It was the Blue Jay’s second shutout in a row.