New York Yankees Recap: Yankees come alive in the eighth to win one from the Red Sox 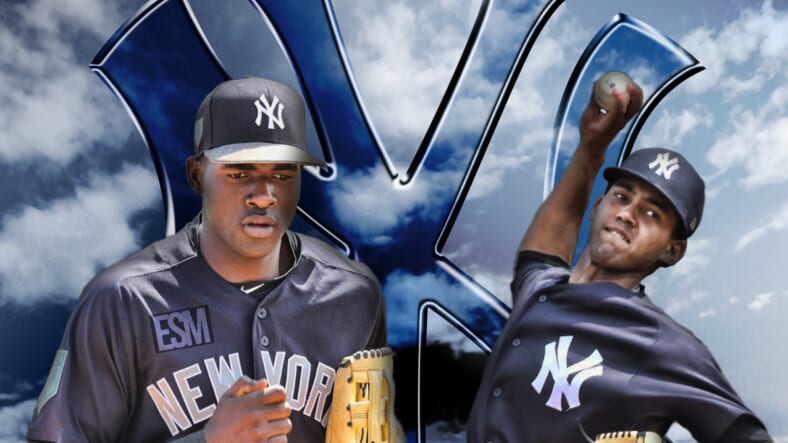 After losing the first two games of the four-game set against their rival Boston Red Sox, the New York Yankees entered this afternoon’s matchup with a certain urgency to win the game to at least split the series with the Red Sox. The Yankees were 2-11 on the season against the Sox and 9 games back in the AL East. Jameson Taillon took the mound for the Yankees facing the ex-Yankees Nathan Eovaldi. It was a perfect weather day for a ball game at Fenway Park in Boston.

To start the game, DJ LeMahieu faced Eovaldi and ground out in the infield. Brett Gardner got a base hit to short, but Gardner runs so face he got the hit. Giancarlo Stanton struck out. Rougie Odor struck out for the final out of the half. Enrique Hernandez led off for the Red Sox and scored, hitting a long ball off the monster, the throw went into the dugout, and he advanced to home for the one-run lead. Jerran Duran popped out. Xander Bogaerts went down on strikes. Rafael Devers flew out, but the Red Sox took the lead in the game. Red Sox 1 Yankees 0.

Gleyber Torres led off the second by striking out. Greg Allen, who has had success off Eovaldi, struck out on three pitches. Chris Gittens flew out to right for a 1-2-3 inning for Eovaldi. At the bottom, JT Martinez lined down the left-field line to get a double leading off the inning. Alex Verdugo flew out. Kevin Plawecki hit one off the green monster for another double driving in Martinez. French Cordero walked. Michael Chavis struck out. With two on and two outs, Hernandez flew out to Florial in center to end the inning. Red Sox 2 Yankees 0.

The top of the third was led off by Estevan Florial, who ground to first, but a head-in slide got a hit for Florial. Rob Brantly singled, moving Florial to second. LeMahieu hit into a double play, but Florial advanced to third. Brett Gardner struck out, and the Yankees left their second running on base in the game. At the bottom, Duran led off and doubled as Odor booted the ball. Bogaerts ground out to Odor, but Duran went to third. Devers got a sac fly to center driving in Duran for Dever’s baseball leading 80 RBI’s. Martinez flew out to end the inning. Boston Red Sox 3 Yankees 0.

The fourth inning was led off by Giancarlo Staton, who struck out for the second time today. Odor popped back to the catcher for the second out. Torres struck out for Eovaldi’s seventh strikeout of the game. Alex Verdugo led off the bottom of the fourth by grounding out. Plawecki singled to left. With one on and one out, Cordero hit into a 4-6-3 double play to end the inning. Red Sox 3 Yankees 0.

Greg Allen led off the fifth by flying out to deep center. Gittens popped out to second. Florial flew out to center for a very quick inning for Eovaldi. At the bottom, Chavis stuck out. Hernandez lined out to LeMahieu at third. Duran flew out to Allen, who made a great running catch. It was a quick inning for both pitchers. Red Sox 3 Yankees 0.

Rob Brantly led off the sixth inning by grounding out to second. LeMahieu doubled off the green monster. Gardner struck out on Eovaldi’s curveball. Stanton flew out to right as the Yankees left another runner on base. At the bottom, Bogaerts popped out to second. Devers popped out to left-field foul territory. Martinez singled, Verdugo popped out for the final out. Red Sox 3 Yankees 0.

Rougie Odor led off the seventh by grounding out. Torres flew out to right. Allen singled over the first baseman’s head. Gittens ground out to leave another Yankee on base. Plawecki led off the bottom and went down on strikes. Cordero walked. Cordero tried to steal second, but Brantly gunned him down. Chavis flew out to Gardner for another strong inning from Taillon. Red Sox 3 Yankees 0.

Estevan Florial led off the eighth inning and got a lead-off double. Brantly popped out to third. LeMahieu flew out to Duran in center. Gardner got an RBI single to easily drive in Florial the get the Yankees on the board. That hit knocked Eovaldi out of the game.Â  The Yankees are now 10-71, with runners in scoring position this season against the Red Sox. Stanton faced another ex-Yankee in reliever Adam Ottavino, and he got a ground-rule double as the ball bounced into the right-field fans, moving Gardner to third base. Tyler Wade came in to pin run for Stanton. Odor doubled off the green monster scoring two to tie up the game at 3. Torres singled, driving in Odor to give the Yankees the lead in the game for the first time. Torres stole second. Allen got plunked and went to first. As the lineup turned over, Gittens tapped in front of the plate for the final out, but the Yankees picked up four runs in the half. New York Yankees 4 Boston Red Sox 3.

Gittens who fell running to first had to be helped off the field. Tyler Wade replaced him at third as LeMahieu moved to first. The Yankees lost their DH, meaning a pitcher would have to hit.

At the bottom of the inning, with the Red Sox behind a run, Hernandez faced the new Yankee pitcher Jonathan Loaisgia returning from the Covid list and ground out. Duran hit back to Loaisiga for the second out. Bogaerts, after a tough at-bat, singled. Devers singled moving Bogaerts to third. With two outs and men on the corners, Martinez flew out to Allen in right, leaving the runners stranded. New York Yankees 4 Red Sox 3.

The top of the ninth saw Estevan Florial at the plate; he walked on four pitches. Rob Brantly hit into a force out fielder’s choice. DJ LeMahieu flew out to the right-center. Brantly took off and was caught for the double play for another Yankee running mistake. With last licks on the line for the Red Sox, Alex Verdugo took to the plate with Aroldis Chapman on the mound and ground out to second. Plawecki struck out. Hunter Renfroe pinch-hitting for Cordero walked. Christian Vazquez also pinch-hitting hit a ground-rule double to move Renfroe to third base.Â  With the tying run at third and the winning run at second, Hernandez struck out as the Yankees hung on for the win.

Jameson Taillon, the winning pitcher, the loser Adam Ottavino and the save went to Aroldis Chapman for his 18 save of the season.