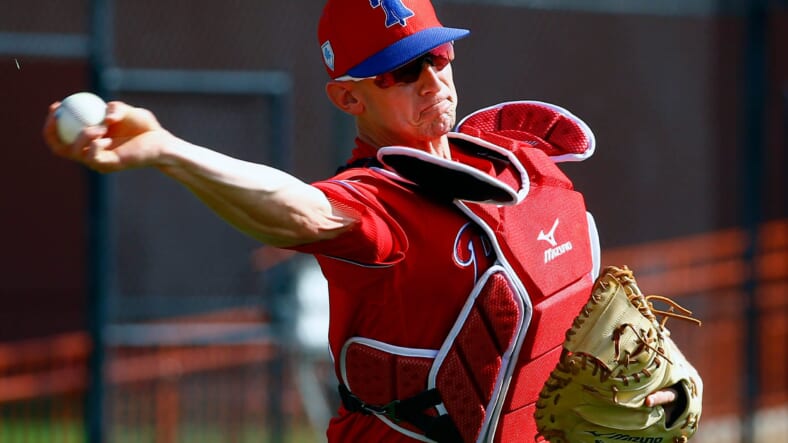 The New York Yankees took a short bus ride northeast to Lakeland, Florida, to play the Detroit Tigers at Joker Marchant Stadium. The game was played under partly cloudy skies but with a nice 80-degree game-time temperature. The Yankee starter was Jameson Taillon in his second start of the season. He faced Julio Teheran of the Tigers. The Yankees again used their “B” lineup, which uncharacteristically had more lefties than righties. The Yankees won the game 4-2. It was a tedious game to watch as the Yankee pitching was subpar, to say the least.

Teheran faced Brett Gardner leading off for the Yankees. Gardner was in my “Spotlight” article for having the Yankee’s highest OPS (on-base percentage + slugging). In his first at-bat today, he gound out. Gary Sanchez struck out, and Jay Bruce singled to left. Clint Frazier finished off the half by striking out. Taillon first faced Robbie Grossman, and he walked. Candelario flew out, Castro ground into a force-out, and Cabrera flew out for the last out of the inning. No score.

At the second, Darren Dietrich moved to first after being hit by a pitch. Kyle Higashioka singled, moving Dietrich to second. Mike Tauchman singled, loading the bases with Yankees with no outs. Thairo Estrada grounded into a forceout, Dietrich caught at home plate.Â  Tyler Wade had a sac fly out, allowing Higgy to score, Brett, singled, and Tauchman scored. Gary Sanchez ground out to end the half, but the Yankees got on the board. Taillon, in his second inning of work he got Goodrum to strikeout. Ramos doubled, Paredes flew out, Reyes walked, and Jones struck out. Yankees 2 Tigers 0.

Jay Bruce led off for the Yankees at the top of the third by walking. Clint Frazier grounded into a double play, two outs. Dietrich struck out to end the half. Taillon out for the third walked Grossman. Candelario singled, two on no outs. Castro struck out, Cabrera reached on a Jay Bruce throwing error loading the bases. Goodrum struck out. The Yankees took Taillon out of the game, replacing him with Addison Russ, who got Ramos to ground out and allow the Yankees to get out of the inning, giving up no runs.Â  Yankees 2 Tigers 0.

At the top of the fourth, Higgy faced Jose Urena and ground out. Tauchman lined out, and Estrada flew for a quick inning for Urena. Nick Goody was out for the Yankees in the bottom of the frame. Paredes ground out, Reyes flew out, and Jones ground out for an easy inning for Goody. Yankees 2 Tigers 0.

Tyler Wade led off the fifth, striking out swinging. Brett Gardner ground out, and Gary Sanchez ground out, giving Urena his second 1-2-3 inning. Albert Abreu replaced Goody in the bottom. Grossman flew out, Candelario doubled, Nunez pinch-running. Castro singled driving in a Nunez. Goodrum ended the inning, but the Tigers got on the board. Yankees 2 Tigers 1.

Urena on the mound again. Jay Bruce ground out, Frazier flew out, and Dietrich flew out, giving Urena his third 1-2-3 inning in a row in quite a pitching display. Kyle Barraclough on the mound for the New York Yankees. Ramos flew out, Paredes walked, Greene walked, Baddoo walks, as Barraclough walked the bases full. Haase struck out, and Nunez ground out, allowing Barraclough to get out of an incredible jam. Yankees 2 Tigers 1.

Hoy Jun Park led off for the Yankees; he struck out, getting 3 balls then 3 strikes in a row. Amburgey walked, Rob Brantly homered in two runs for the Yankees. Gittens walked, Michael Beltre hit into a double play, but the Yankees tacked on 2 more runs. Tyler Lyons handled the bottom of the eighth. Rogers singled, Clemens struck out, Greene ground out, and Baddoo ground out to end the inning. Yankees 4 Tigers 1.

Ezequiel Duran singled in the ninth. Austin Wells grounded out but Duran moved to second. Thomas Milone struck out swinging, and Armando Alvarez followed with a strikeout. With last licks on the line, the Tigers took to the bottom of the ninth with Brooks Kriske on the mound, trying to close it out for the New York Yankees. Haase walked as Kriske was all over the place. Then he hit Nunez with a pitch. Two on no outs. Castro doubled driving in Haase. Cameron struck out, two outs. Torkelson flew out to end the game Yankees 4 Tigers 2.

The Yankee starter Jameson Taillon from the start did not have good control of his pitches; he had as many balls as strikes. However, he got out of the game without giving up a run. He only gave up two hits, but he walked three batters. Albert Abreu had his second poor outing. He has now given up six runs in 2.2 innings on the mound. His ERA is now 27.00. Barraclough walked the bases full. All in all, the Yankee’s pitching was not up to par. The photo accompanying the article is Rob Brantly who homered and drove in two runs for the Yankees.

The standout in the game was the Tiger pitcher Jose Urena who had three 1-2-3 innings in a row.