New York Yankees Recap: Tigers walk-off against the Yankees in the 10th 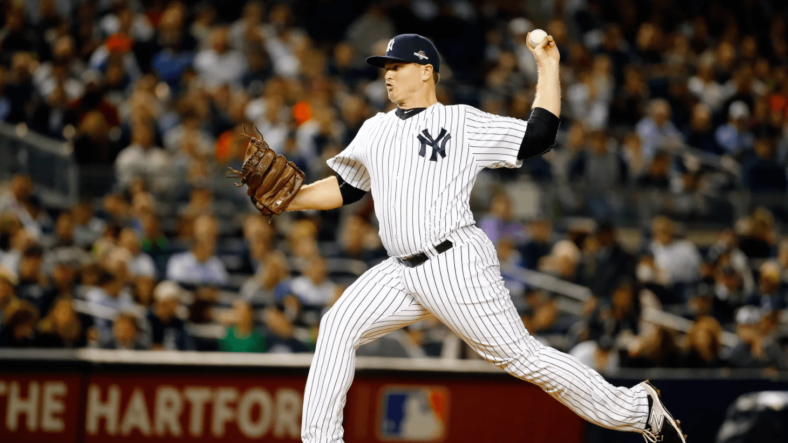 Tonight the New York Yankees met up with the Detroit Tigers at Comerica Park for the first game of a 3 game set away. The Yankees’ ace Gerrit Cole was pitted against the Tigers’ Casey Mize. Going into tonight’s game, the Yankees were 2 games out of first place in the AL East, and the Tigers were at the bottom of the American League, winning only 19 of 50 games.

Casey Mize, to start the first inning, faced DJ LeMahieu who went down looking Giancarlo Stanton back in the lineup after missing 13 games struck out. Aaron Judge singled. Gio Urschela flew out to right to end the half. For the Tigers it was Robbie Grossman leading off against Gerrit Cole and he struck out. Castro ground out. Candelario doubled. Cabrera walked on a questionable call. Jonathan Schoop ground ot to end the scoreless inning.

At the top of the third Kyle Higashioka flew out to far right. Brett Gardner flew out to left field. watching the game Mize looked remarkable like Gerrit Cole including the busy crop behind the cap. LeMahieu struck out as Mize put down seven Yankees in a row. At the bottom Jake Rogers flew out to Aaron Judge. Robbie Grossman singled up the middle for a single. Harold Castro singled moving Grossman to third. Candelario singled driving in Grossman for the first run of the game. Miguel Carbrera hit into a double play play to end the inning but the Tiger;s scored the first run of the game. TigersÂ  1 the Yankees 0.

At the fourth Giancarlo Stanton led off the fourth by striking out. Aaron Judge followed with a double. Gio Urshela grounded to short Torres grounded to short to end the half. At the bottomof the fourth. Jonathan Schoop faced ColeÂ  and struck out. The inning ended with the score the same the Tigers 1 and the Yankees 0. The score remained the same through the fifth inning until Rougie Odor got a a homer in the fifth inning tying up the game. New York Yankees 1 and the Detroit Tigers 1.

The score remained the same until the top of the tenth inning when the New York Yankees ghost runner Aaron Judge scored on a passed ball. But in the bottom of the 10th Robbie Grossman got a two run walk off win against Justin Wilson for the Tigers win of game one of the series. Both Cole and Mize pitched well in the game, both allowing only one run.

The final score was the Detroit Tigers 3 and the New York Yankees 2. The winning pitcher was Bryan Garcia and the loser was Justin Wilson. The question for the Yankees will be why after only 14 pitches in the ninth, why Aaron Boone chose Justin Wilson who has not pitched well for the Yankees to take the 10th inning instead of Aroldis Chapman.