New York Yankees Recap: In a game filled with everything the Yankees win 3-1 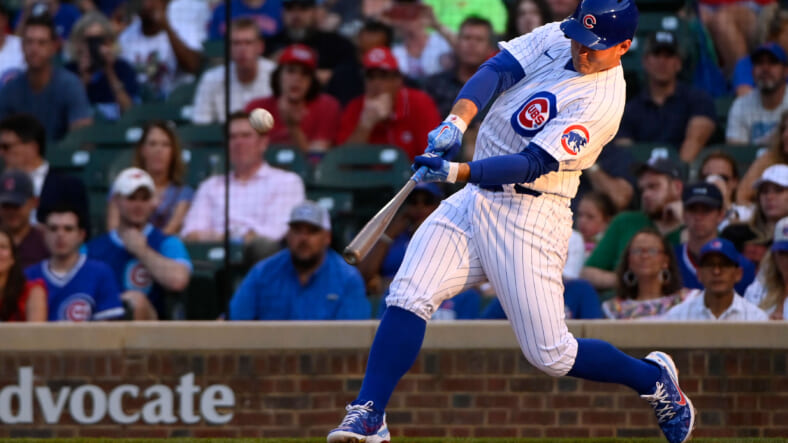 The New York Yankees went into tonight’s three-game series with the Miami Marlins, hoping to turn the page after a devastating shutout by the Tampa Bay Rays last night. With a brand new lineup of four lefty hitters, the Yankees were hoping to turn their season around. The Yankees acquired both Joey Gallo from the Rangers and Anthony Rizzo from the Cubs at the trade deadline, plus a couple of new pitchers. Jameson Taillon faced the Marlins Thompson. The Yankees won the game 3-1.

For a change with an exciting new Yankee lineup for the first time, Gleyber Torres led off the lineup for the Yankees, as DJ LeMahieu sat out the game. Torres struck out. Joey Gallo, in his Yankee debut, also struck out. Aaron Judge singled into the outfield with three players unable to catch the ball. Anthony Rizzo, in his Yankee debut, walked. Giancarlo Stanton, back in his old stadium where he hit 59 home runs in 2017 and was the NL MVP, struck out, leaving two on base. At the bottom, Mangneuris Sierra led off by singling to Gallo in right. Miguel Rojas grounded into a double play. Jazz Chisholm reached on a throw that took Rizzo off the plate.Â  Jesus Aguilar flew out to Stanton playing in left field for the first time this season.Â  No score.

Rougie Odor led off the second and lined up on the first pitch. Gary Sanchez went down on strikes. Tyler Wade singled to left. Taillon hitting in an NL park ground out softly to second to end the half. At the bottom, Brian Anderson flew out to Judge in center. Alfaro ground out. De La Cruz struck out to end the half.Â  No score

Giancarlo Stanton started off the fourth inning by grounding out to third. Odor walked. Sanchez had a long out to left at the wall. Wade had a failed bunt to the pitcher to end the half. At the bottom, Jesus Aguilar led off by tipping into the glove of Sanchez. Anderson singled. Alfaro went down on strikes. De La Cruz struck out for Taillon’s fourth strikeout of the game. No score.

Yankee pitcher Taillon led off the fifth inning, and he walked on four pitches. Torres hit into a 5-4-3 double play. Gallo gave it a run to the warning track in center to end the half. Miller led off the bottom by getting his first major league single. A wild pitch moved Miller to second. Thompson struck out. Sierra lofted one to Stanton in left. Rojas ground to short to end the inning. No score.

Aaron Judge led off the sixth inning by striking out swinging. Rizzo then got his first home run (449′) as a Yankee to center field. Stanton ground out to short. Odor faced new Marlins pitcher Ross Detwiler and got hit by a pitch. Sanchez struck out to end the half, but Rizzo put the Yankees ahead in the game. Chisholm led off the bottom by grounding to first. Aguilar ground out to Wade at third. Anderson walked, and that was the night for Jameson Taillon, who had another quality start. He was replaced by Jonathan Loaisiga facing Alfaro, who reached on a booted ball by Odor. De La Cruz ground out to Torres at short, who made a beautiful play tossing to Odor for the final out of the inning. New York Yankees 1 Marlins 0.

Tyler Wade led off the seventh against new Marlins pitcher Anthony Bender and walked. Wade was caught stealing. Greg Allen went down looking. Torres was called out on strikes on a ball that was clearly out of the strike zone by a mile. Torres said something and was thrown out of the game. At the bottom, Miller struck out. Lewin Diaz flew out to Allen in left. Sierra singled just in front of Judge. Rojas struck out, ending the inning. New York Yankees 1 Marlins 0.

The eighth inning was led off by Gallo, who struck out. Judge was hit by a pitch and took first. Rizzo singled to left with Judge stopping at second. Gio Urshela pinch-hitting for the pitcher Loaisiga faced new pitcher Zach Pop and singled, moving Judge to third. Pitcher Nestor Cortes was brought in to pinch-run for Urshela, who has hamstring issues. Odor singled bring in Judge and Rizzo for the Yankees three-run lead. Sanchez, with two on and one out, hit into a double play to end the half. At the bottom, Chisholm faced new Yankee pitcher Zack Britton and had a lead-off single to center. Aguilar singled to right, with Chisholm moving to third. Anderson, with two on and no outs, hit into a double play with Chisholm scoring. Alfaro struck out to end the inning, but the Marlins got on the board. Yankees 3 Marlins 0.

Tyler Wade led off the ninth inning and against Austin Pruitt and flew out to center. Greg Allen got a good bunt, but Alfaro fired a missile to first to get him out. DJ LeMahieu got a base hit right up the middle. Gallo hit out directly to the first baseman. With last licks on the line for the Marlins, Aroldis Chapman came in to close it out for the Yankees. De La Cruz led off by flying out to Gallo in right. Lewis Brinson pinch-hitting ground out to third.Â  Joe Panik pinch-hitting got plunked. With one on, Sierra struck out with the Yankees winning the game.

The final score was the New York Yankees 3 and the Miami Marlins 1. The winner was Jameson Taillon, and the loser, Zach Thompson, with the save going to Aroldis Chapman (21).