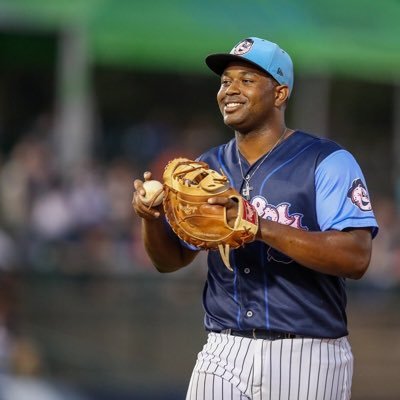 The New York Yankees had their second game of spring training today, again at George M. Steinbrenner Field in St. Pete. This time it was against the visiting Detroit Tigers. The Yankees won the game 5-4. Yankee ace Gerrit Cole was on the mound for the Yankees. J Candelario smashed a long ball to the top of the left-field wall to start the game. The minor league Jay Bruce made an amazing catch. To start his first game of spring training. Tiger hitters were pretty much having their way with Cole.

Goodrum drove in a run leaving two men still on base. It should be noted that Cole was not pitching to his personal catcher Higashioka; Gary Sanchez was catching the ace, who struggled in the inning, throwing 29 pitches, and allowing three hits. Tigers 1 Yankees 0.

Kyle Funkhouser started for the Tigers. Tyler Wade led off for the Yankees; he grounded out. Gary Sanchez was next up. He struck out in yesterday’s game; in his first at-bat today, he walked. Aaron Hicks walked. Jay Bruce struck out. Derek Dietrich lined out to center field, ending the scoreless half for the Yankees. In the first inning, both pitchers struggled to combine for 58 pitches.

Cole only pitched one inning. Jameson Taillon pitched the top of the second inning and had a one-two-three inning for the Yankees in an impressive display of first pitch flyouts. Cole in-between innings had a long discussion with Sanchez in the dugout. Higashioka drew a walk in his first plate appearance of training.Â  Ryan LeMarre also walked. Thairo Estrada grounded into a double play ending another scoreless inning for the Yankees. Decaster pitched the second for the Tigers.

Taillon used only seven pitches in the second inning, butÂ  Jhoulys Chacin came out of the pen to pitch the 3rd for the Yankees. Garcia walked, and Wilson Ramos hit a long home run off the centerfield netting, and just like that, the Yankees were behind three runs. Goodrum walked, Greene singled with Goodrum moving to third. Rogers struck out, Pinero with two outs, Green stole second on a late throw by Sanchez. Pinero grounded out, ending the inning, but Chacin gave up two runs.

In the bottom of the 3rd, Gary Sanchez hit a monster home run in his third at-bat of the spring; David Cone said not many humans could hit a ball that hard. Michael Kay said it was majestic and towering. The ball actually left the park over the protective netting that prevents the ball from leaving the stadium. The ball clearly went out onto the highway. Tigers 3 Yankees 1. After that, the Yankees loaded the bases, but Ford flew out and “Higgy” grounded out, leaving the bases loaded.

Nick Nelson started the 4th and pitched a nice clean inning using only 9 pitches to put away the Tigers. The New York Yankees had a scoreless 4th. The top of the fifth saw Nelson back on the mound, Goodrum managed a single off Nelson, but he pitched his second scoreless inning. At the bottom of the fifth, Romaro Britto doubled, Trey Amburgey walked, Armando Alverez was then hit by a pitch loading the bases for the second time in the game. Chris Gittens came to the plate and hit the first Grand Slam of the season, putting the Yankees up 5-3. Gittens is one of the Yankees’ most powerful prospects.

The top of the sixth opened with Nestor Cortes Jr. on the Yankee’s mound and allowed a base hit but struck out three Tigers for a scoreless half. The Tigers Foley worked a 1-2-3 bottom of the sixth. Yankees 5 Tigers 3. Albert Abreu, who has had trouble with his command, started the 7th inning. He immediately allowed a fly ball single, a well-hit ball to Velazquez, followed by a fly ball double. Abreu had a wild pitch driving in a Tiger run for a score of 5-4 Yankees. Regardless Abreu managed to get out of the inning with the New York Yankees winning the game.