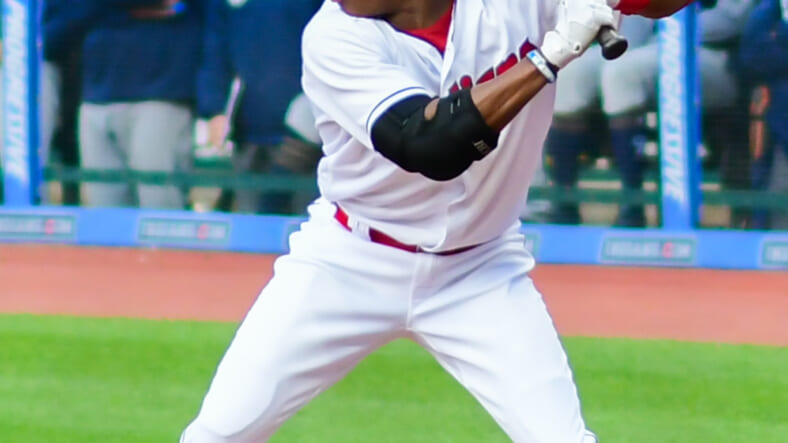 The New York Yankees entered the series with the Philadelphia Phillies tonight with a rag-tag team the had a higher positivity rate than any time in the season after winning a series against the Boston Red Sox. Even with their beleaguered team with several players on the IL, they were hoping to take their second series in a row. The Yankees won the game via the home run 6-4 for their third win in a row.

Jean Segura led off the first inning and walked against Domingo German. J.T. Realmuto ground out. Bryce Harper struck out. Former Yankee Andrew McCutchen struck out to end the half. At the bottom, Brett Gardner led off for the Yankees and struck out. Giancarlo Stanton went down looking. Rougie Odor struck out for a scoreless inning for both teams.

In the second, Rhys Hoskings, the Phillies’ home run leader, led off by hitting a homer to center field. Didi Gregorius recorded the first out with a fly out to center. Brad Miller walked. Ronald Toreyes struck out. Travis Jankowski struck out to end the inning, but the Phillies picked up a run. Gary Sanchez led off the Phillies at the bottom and flew out to right-center. Gleyber Torres flew out to the same place. Rob Brantly tapped back to the pitcher to end the inning. Phillies 1 Yankees 0.

Jean Segura led off the third by grounding out. JT Realmuto hit sharply to Tyler Wade at third for the second out. Bryce Harper singled to the center. McCutchen lined out directly to Wade at third to end the half. At the bottom, Greg Allen led off by getting a lead-off triple over the head of Harper. Estevan Florial sac flew for the tie of the game. Tyler Wade recorded the second out with a fly ball to McCutchen in left. Gardner flew out. New York Yankees 1 Phillies 1.

Hoskins led off the fourth by walking. Gregorius flew out for the first out. Miller flew out to shallow short. Toreyes hit a double over the head of Gardner, driving in a run for the Phillies.Â  Jankowski struck out, but the Phillies added another run. At the bottom, Stanton struck out. Odor got a bunt single for the Yankees. Sanchez hit the left-field wall so hard that he was limited to a single, but Odor went to third. Torres went down on strikes. Brantly, with two on and two outs, popped out to end the inning. Phillies 2 Yankees 1.

In the fifth inning, the Yankees picked up two runs, partly because of Brett Gardner’s home run to centerfield off of Nola. It would end up that the Yankees won this game via the long ball. Gary Sanchez hit a long ball in the sixth inning also off of Nola. In the seventh inning, Giancarlo Stanton hit a monster home run. New York Yankees 5 Philadelphia Phillies 2.

At the top of the eighth inning, the Phillies picked up a run off of Zack Britton. Britton gave up 3 hits in the inning. In the bottom of the frame, Greg Allen struck out. Estevan Florial, who walked in the sixth, had a solo shot to the short right-field porch to make it 6-3 New York Yankees. It was Florials first Major League home run. Tyler Wade gound out for the second out of the inning. Brett Gardner, with two outs, ground out to second to end the inning, but the Yankees picked up another run in the inning. New York Yankees 6 Phillies 3.

At the top of the ninth inning, the Yankees sent closer Aroldis Chapman to the mound to close it out for the Yankees with the three-run led. Chapman has been shakey, to say the least trying to close games for the Yankees recently. Bryce Harper struck out on a Chapman slider. Andrew McCutchen homer to the left-field stands as the Phillies tacked on another run as Chapman’s late-inning woes continued. Rhys Hoskins struck out swinging. Didi Gregorius, who was 0-4 on the night, also struck out against his old teammate. The Yankees held onto the 6-4 lead to take the first game of the Phillies series and their third win in a row.

The final score was the New York Yankees 6 and the Philadelphia Phillies 4. The winning pitcher was Luis Cessa, and the loser was Aaron Nola. The save went to Aroldis Chapman, his 17th of the season.