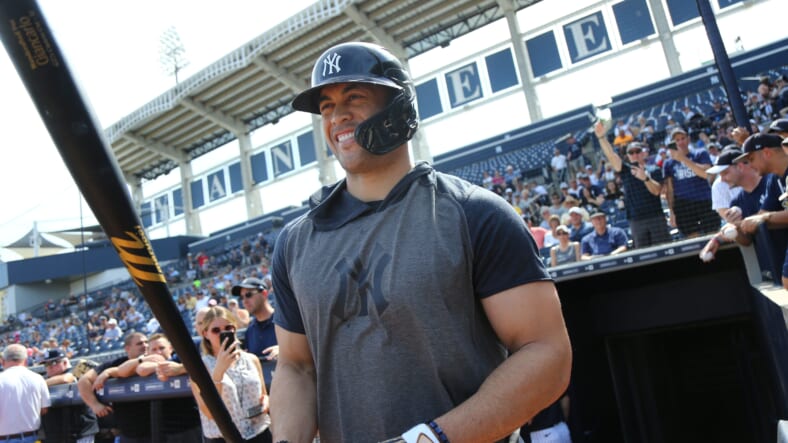 The New York Yankees have some serious firepower stopping by in the Bronx to take on the Blue Jays. The beaten and battered Yankees rattled off five straight wins, including a four-game sweep of the Baltimore Orioles, but they’ve needed a kick offensively. After the beatdowns in games 1 and 2 of the doubleheader, the Yankees have only scored five runs in 19 innings, but they’ve made their problems a lot easier to stomach. The Yankees will be adding Giancarlo Stanton and Gio Urshela back to their lineup to replace struggling bats, and they get a spark in the pitching staff with young fireballer Jonathan Loaisiga. This team is finally getting back important bats and arms, but how much will it impact them?

Getting Back Two of Their Top Bats

No longer will you see the putrid bats of either Thairo Estrada or Tyler Wade, and you can also say goodbye to Brett Gardner’s painful at-bats with Mike Tauchman, most likely playing LF and Stanton DH. The Yankees lineup will be able to finally perform significantly better as you’re adding two guys with elite bats. Gio Urshela had recorded a .363 wOBA, 135 wRC+, and a .400 xwOBA this year. Giancarlo Stanton had burst onto the scene with a 180 wRC+, .430 wOBA, and .476 xwOBA. Those two were having elite offensive seasons, and they replace ineptitude at their positions offensively. With the added depth to the lineup, look for the Yankees to take advantage of pitching that’s not up to snuff.

Bringing Back a Surprisingly Reliable Reliever

Jonathan Loaisiga has had a 3.12 ERA, 32.4% K%, and 2.83 SIERA over 8.2 innings out of the bullpen this season. Overall he has been great for the Yankees, and having him out of the bullpen in the 7th to get three outs and get the strikeouts we need is huge for the Yankees. He has been a reliable fireballer and everything the Yankees could’ve possibly asked for. With Deivi Garcia, Gerrit Cole, and Masahiro Tanaka on the bump against the Blue Jays, Loaisiga could be a weapon used to get outs late in a close game. We know the Yankees bullpen woes, but having Holder, Green, Cessa, Britton, Loaisiga, and Chapman are definitely confidence boosters while you figure out Otto and your other struggling guys.

If you’re a Yankees fan, you have some sigh of relief knowing you have key bats back; now it’s all about when the elite top 4 player in the MLB who needs no introduction will return to nail the coffin on injuries for now.