New York Yankees Profile: Does RHP Miguel Yajure have a future with the Yankees?, It appears so 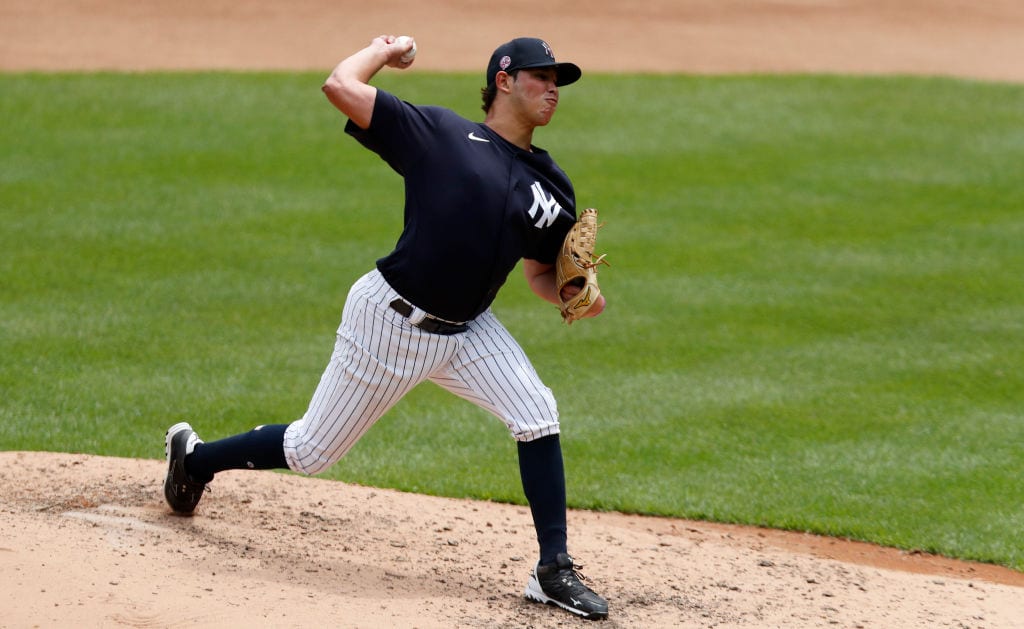 For the New York Yankees, Miguel Yajure seems on track to have a future with the Yankees, maybe not this year, but certainly in the future, if he continues to advance as he has.Â  The Yankees have made a surprising move, in calling up the 22-year-old Venezuelan, when he has never pitched in triple-A.Â  The call up may mean, he will see his Major League debut soon.

When calling up Yajure, he was assigned the number 89. As Bryan Hoch of MLB.com mentioned, the Yankees assigned Yajure with the uniform number 89. It’s the first time anybody has given that double-digit figure as featured on a roster during an on-record MLB game.

Eighty-nine was the lone remaining double-digit number that hadn’t been assigned to an MLB player until Thursday, when they gave the number to Yajure. If and when his makes his Major League debut, which may be Tuesday in Atlanta, he will be the first player to wear that number 89.

The New York Yankees signed the then 18 year old Yajure in 2015.Â  The six foot one inch, 175 pounder got a $30,000 signing bonus.Â  Since then he has only been wonderful for the Yankees in the minor leagues. Being a young pitcher, he had Tommy John Surgery in 2017, so he already has had that far behind him, and it didn’t slow down his development.

A Yankee’s scout that has followed the Yankees farm system for years, had this to say about the still young pitcher:

â€œIâ€™ve liked this kid for a couple years,â€ said a Major League scout who has followed the Yankees and their farm clubs for years. â€œHeâ€™s got a good arm. I saw him last year in Tampa and he was throwing 95 with some tail life to his fastball. Heâ€™s got a good curveball with some depth and heâ€™s got a solid feel for the changeup.â€

Miguel Yajure has a mid 90’s fastball, that is certainly not the hottest in the minors, but he augments it with a very good change up, and a decent 12 to 6 curveball.Â  His best pitch might be his 2019 developed cutter. In 2019 he used his Mariano Rivera-like cutter, to get final outs.

The New York Yankees have developed pitching problems this year, with only new pitching ace Gerrit Cole performing as expected.Â  James Paxton is on the IL along with Luis Severino who has had Tommy John surgery.Â  To add to that they don’t have last years best pitcher in Domingo German is out for the whole season, serving out his suspension for domestic violence.

Looking at the entire Yankee pitching situation, all other Yankee starters are pitching inconsitently. J.A. Happ has been horrible, and the others have shown signs of improved play at times.Â  Then lately the bullpen has suffered the loss of Tommy Kahnle and Zack Britton to injuries, leaving the Yankee short on both starters and relievers.

The Yankees see Miguel Yajure as a future number four or five starter for the team. But in this call up he may be able to get his feet warmed up as a middle reliever, facing major league hitting.Â  You can be sure, if he makes his major league debut on Tuesday, he will do the most he can to impress. We wish the young man nothing but success.