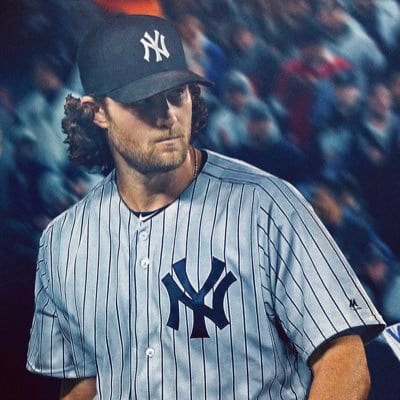 Despite a 10-2 loss to the Boston Red Sox that night, the New York Yankees clinched another playoff spot when the Seattle Mariners lost to the San Diego Padres. This will be the Yankees’ fourth season in a row heading to the playoffs.

The Yankees rotation this year has been up and down with major inconsistencies. However, there’s a clear three that should be in the three-man rotation for the playoff series.

One of the most obvious ones, Gerrit Cole will be the number one for the playoffs. Having Cole on the mound for three of the four games the Yankees need to win is going to be huge. Cole finished the regular season holding a 7-3 record and a 2.84 ERA. Despite having a three-game layoff where he struggled for a bit, he was dominant in every other start.

Yankee fans should be excited to watch Cole pitch in pinstripes during the postseason this year. He’s consistently been great during the playoffs throughout his career. In seven different series, Cole holds a 2.60 ERA through ten games started.

In his final year of the seven-year contract with the Yankees, Masahiro Tanaka had a bit of a rough season. He finished the year with a 3-3 record and held a 3.96 ERA through seven games started. However, Tanaka has always been known to hold it down during the postseason. In eight games started, Tanaka holds a strong 1.76 ERA. He has not allowed more than three earned runs in a single outing during the postseason. His best game during the playoffs was during the 2017 season where he went 7.0 innings against the Astros where he allowed no runs and only three hits.

Yankee fans should have more hope in J.A. Happ. He proved during the final few games of the season that he can still hold down a major league lineup. He finished the year with a 2-2 record and a 3.25 ERA. As long as J.A. Happ has his stuff, he’s unhittable.