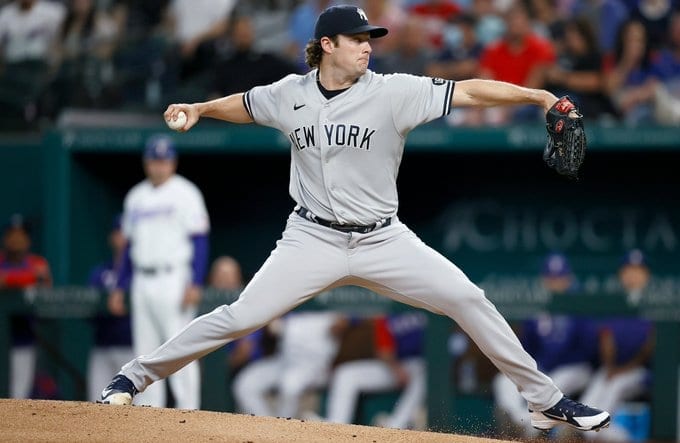 After losing their first series in recent weeks, the New York Yankees travel to Detroit, Michigan, for a 3 game set with the Detroit Tigers. It’s their second series with the Tigers; the first was at Yankees Stadium when Gerrit Cole, Jameson Taillon, and Corey Kluber sweep the Tigers. This time the Yankees won’t have Corey Kluber, who is expected to miss the next eight weeks.

The weather for the series should not be an issue for the weekend, but scattered light showers could impact tonight’s game. It will also be quite cool for tonight’s game, with temperatures expected in the upper 40’s. Tonight’s game will be broadcast on the YES Network and Bally Sports. Both weekend games will be on Bally Sports and in the New York area on WPIX and its affiliates.

The Detroit Tigers are at the bottom of the AL Central, losing 31 of 50 games. They are coming off a series loss to the Cleveland Indians, losing 3 of the 4 games. The Yankees are two games out of first place in the AL East.

Tonight is game one of the 3 game set in Detroit. The game will be started by the New York Yankees ace Gerrit Cole. Cole is 6-2 with an ERA of 1.81 with an incredible 92 strikeouts. It’s the most strikeouts over the first 10 games of a season, surpassing Al Downings 86 in 1963. It is also second only to Shane Bieber of the Indians this season. Cole is coming off a shutout of the Chicago White Sox when he allowed just four hits.

Cole will face the Tiger’s Casey Mize, 3-3, with an ERA of 3.32 with 40 strikeouts. Mize has never faced the Yankees in his career. He has been pitching well in May and is coming off a one-run game last weekend against the Kansas City Royals.

Saturday’s early evening game will pit Deivi Garcia against the Tigers’ Spencer Turnbull. Corey Kluber’s trip to the IL has caused a Yankee pitching shortage, necessitating the call-up of Deivi Garcia from Scranton.Â  Garcia last appeared for the Yankees at the end of April. He gave up two runs in four innings of work and was sent down to the Rail Riders. He made his major league debut last season, pitching in six games.

Garcia will face one of the Tiger’s more dependable pitchers, Spencer Turnbull. Turnbull is 3-2 with an ERA of 3.12 and 34 strikeouts. Turnbull had one of this season’s no-hitters. On May 18, he no-hit the Seattle Mariners. His last start was a no-decision against the Cleveland Indians.

It’s odd, but the New York Yankees have not announced a pitcher for the Sunday matinee. However, it will most likely be Jameson Taillon or Michael King.

The Yankees will face the Tiger’s Tarik Skubal, who is 1-7 with an ERA of 4.53. On May 19th, he got his first win of the season against the Mariners. Skubal gives up home runs, lots of them. He averaged just under 2 per game. He faced the Yankees on April 30th when he gave up 3 home runs in a game the Yankees won 10-0 at the Stadium.