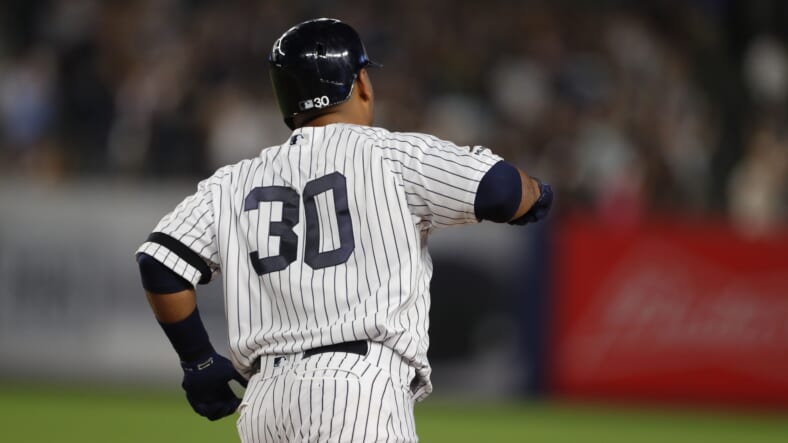 The New York Yankees faced up against the Boston Red Sox Saturday afternoon in the second game of a four-game set. Edwin Encarnacion led the Yankees to the win with three RBIs.

This would be Happ’s second straight start without allowing a run. When asked about what he thinks allowed him to get positive results over his last two outings Happ said, “I’ve been focusing a lot on trying to get strike one… just staying in my lanes a little bit on both sides of the plate.” Happ added, “I’m in a better place mentally… the effort I’m trying to make is to move onto the next one, good or bad.”

“He was in command of that game from the start,” said manager Aaron Boone on his pitcher. “…to get into the seventh inning against an offense like thatâ€¦just really excited to continue to see him build some momentum.” Happ has struggled for the majority of the season and his last three starts are giving the Yankees hope for the postseason.

Gary Sanchez doubled in the top of the fourth inning to knock in two runs. JD Martinez homered off Aroldis Chapman in the bottom of the ninth to give the Red Sox their lone run.

The New York Yankees improved their record to 93-50 while the Red Sox dropped to 76-66. The two teams will match up again tomorrow at 8:08 PM EST in Boston.