New York Yankees Postseason Preview: Yankees up one game in the ALDS send Dievi Garcia to the mound (video) 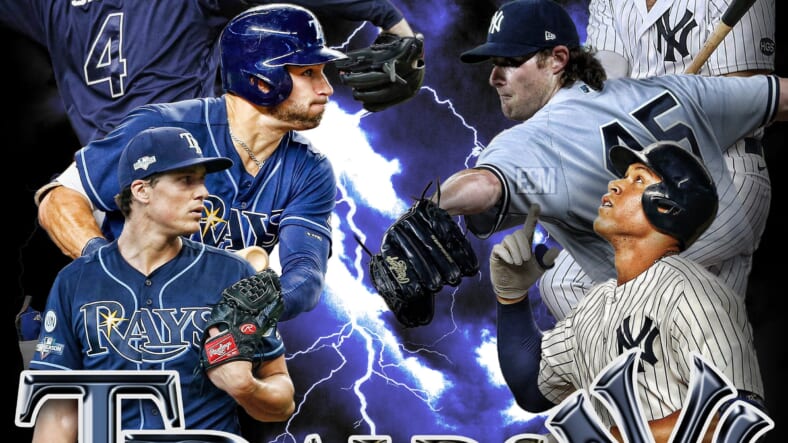 The New York Yankees have had a very successful start to the 2020 postseason. They swept the Wild Card round against the Cleveland Indians and now have won the first game of the ALDS in San Diego against the East winning Tampa Bay Rays.Â  The Tampa Bay Rays played a very different Yankee team than they did during the regular season.Â  The New York Yankees, for the most part, limped through the season riddled with injuries, it affected their pitching and their lineup.Â  Now the Yankees are healthy, and the savages are back, and in it to win it.

Last night the Yankees, showed the Tampa Bay Rays what they would be up against in this 2020 ALDS. Gerrit Cole struggled a bit, giving up three earned runs in six innings, but keeping the Yankees in the game. The Yankees took the lead in the fifth inning and didn’t relinquish it. The Yankee bullpen that has been a bit spotty missing Tommy Kahnle came through last night.Â  Chad Green and Zack Britton pitched two scoreless innings, holding down the Rays lineup.Â  The Yankees up 9-3 in the ninth, Luis Cessa came on and didn’t allow a hit in the bottom of the ninth.

The big story from last night was the New York Yankee home runs. They have had 11 long balls in the postseason so far. Last night Kyle Higashioka started the home run fest, Clint Frazier followed, and so did Aaron judge. In the ninth inning, Giancarlo Stanton topped it off with the fourth homer of the night, a Grand Slam into the San Diego night.Â  The Yankees hope their powerful hitting will continue and get them another win tonight.

It should be a nice night for baseball at Petco Park in San Diego when the Yankees meet up with the Tampa Bay Rays at 8:10 this evening.Â  The game-time temperature will be in the mid-’70s, and the game will be played under partly cloudy skies with only a slight chance of a passing shower. The game will be televised nationally on TBS, with pre and post-season coverage on the YES Network.

The Tampa Bay Rays will send Tyler Glasnow to the mound to face the Yankee’s savages. The Yankees have faced Glasnow three times in the regular season, winning only one of his starts.Â  In that start, he lasted only two and two-thirds innings giving up five hits, and four earned runs.Â  That was back in early August when the Yankees, for the most part, were still healthy.Â  The Yankees lost his last two starts against him.Â  Glasnow was 5-1 on the season with a slightly elevated ERA of 4.08.Â  He totally dominated in his one postseason start against the Blue Jays, in a game the Rays won 8-2. Glasnow can be a strikeout machine, so the Yankees will have to be patient at the plate. Glasnow has 8 or more strikeouts in nine of his last twelve starts.

In a somewhat surprising move, New York Yankees manager Aaron Boone will bypass the usual start by Masahiro Tanaka and send out Deivi Garcia to start Game 2. Garcia is the Yankees number one pitching prospect that made his Major League debut on August 30th.Â  Garcia has started six games so far; the Yankees have won four of them. Garcia is 3-2 with an ERA of 4.98, elevated by one bad start against the Boston Red Sox.Â  Garcia has confidence and demeanor on the mound of a much older veteran. He can throw up to 100 pitches in a game.Â  At 21 years old, he will be the youngest Yankee pitcher to take the mound in a postseason game.

The New York Yankees have had 38 hits resulting in 31 runs in their first three postseason games.Â  11 of those hits were home runs.Â  The Yankees tonight will hope to continue to show what their lineup can do when healthy and get the two-game lead in the five-game ALDS series.