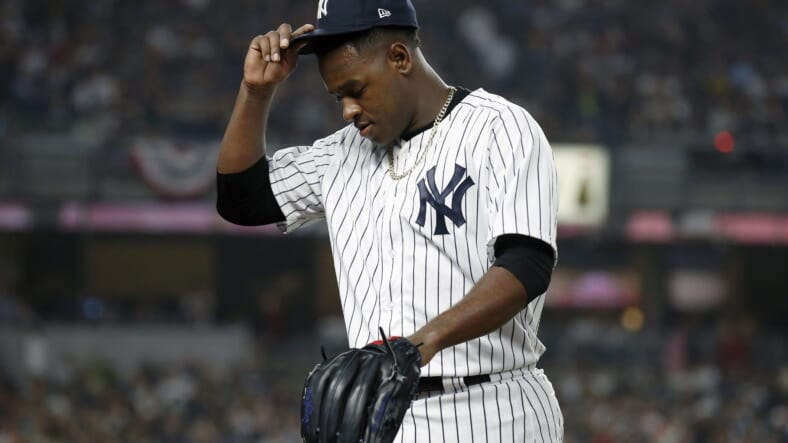 The New York Yankees ended their 2021 season when they lost to the Boston Red Sox in the winner take all wild card game. That was over six weeks ago. The Yankees immediately announced that there would be some big changes coming for 2022, especially at shortstop. But now with December just over a week away little has taken place.

Much to the delight of Yankee fans at the start it seemed that the Yankees would be opening up the purse and spend big to get the team right for the new season. Hal Steinbrenner and Brian Cashman seemed on board indicating that they would spend big for a star shortstop like Carlos Correa or Corey Seager. But while Yankee fans argued who it would be, the Yankees threw out the wrench; with the idea they may go for a short gap option while waiting for prospects to be ready. Today we know nothing more than that.

Meanwhile the Yankees recognize they need somehow, to shore up he starting pitching rotation. The Yankees haven’t been able to do anything about that either. Unlike SS there are not a lot of starting pitchers out their in free agency. The big fish out there was Justin Verlander, we have learned that the Yankees weren’t shy and went right after him offering a one year deal for $25 million. But, for the same money he went with the Astros, the team that turned his pitcher career around.

In another surprising move and without the Yankees really getting involved the Mets’ Noah Syndergaard went to the Los Angeles Angels for $21 million, joining Mike Trout and MVP Shohei Ohtani. It now appears the two biggest free agent names are already gone, leaving Toronto’s Robbie Ray and Max Scherzer and a few others.

One of the reasons the pitching situation is to difficult to resolve, is that the Yankees may already have plenty of pitching, even if Corey Kluber who is in free agency walks. The Yankees have Gerrit Cole, Jordan Montgomery, and Jameson Taillon. Beyond that they have the returning Luis Severino and Domingo German and a few starting prospects such as Luis Gil, Nestor Cortes Jr., and Clarke Schmidt.

The only problem is that other then the first three, the Yankees really don’t know what they will get. Also if the Yankees are going for another World Championship there is no big one two punch in that group going into the postseason. So the bottom line is that the Yankees do need that true number two starter.

Other than shortstop and starting pitching the Yankees need to shore up the bullpen, get a backup centerfielder and decide what to do at first base. Many decisions yet to come, stay tuned.