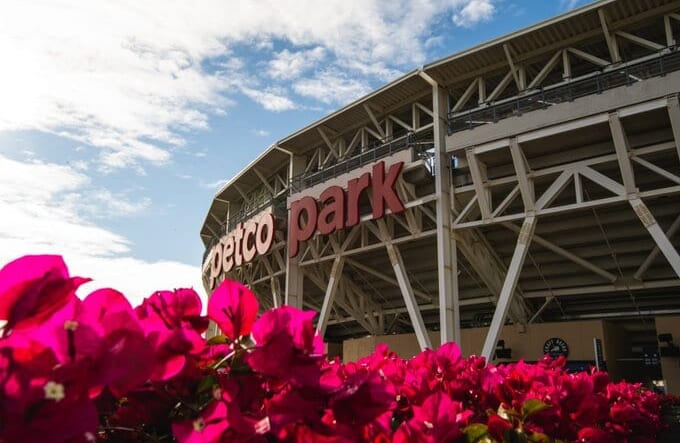 MLB Commissioner Rob Manfred after a contentious preseason caused by the coronavirus and bickering between the baseball owners and players, Manfred finally put together a 60 game imposed baseball season, with no fans in the stands, prorated pay for the players, and a health protocol that for the most part has worked out successfully. The plan put forth also included an expanded postseason where sixteen teams would meet in the Wild Card round. It would be the first time teams would have air travel outside of their divisions.

The New York Yankees at the Cleveland Indians: The winner was the New York Yankees who sweep the Indians in two games. In the first game, the Yankee ace Gerrit Cole completely dominated the Indians, pitching seven innings, allowing two runs while striking out thirteen Indians and walking none.Â  The win was also off of the presumptive Cy Young Award winner Shane Bieber, who only went 4.2 innings while giving up seven runs to the Yankee powerhouse.

The Houston Astros at the Minnesota Twins: The winner was the Houston Astros that swept the Twins in two games. The Astros have had a pitiful regular season with several pitching injuries.Â  Only because of the expanded postseason were they able to reach the Wild Card round.Â  Fortunately, they faced the Twins who for one reason or another haven’t played well in the postseason. Last year the Yankees swept them in the Divisional series.

The Toronto Blue Jays at the Tampa Bay Rays: The winner was the Tampa Bay Rays in another Wild Card sweep at Tropicana Field. On September 23, the Rays won their first AL East title since 2010.Â  The Rays dominated the New York Yankees in the regular season taking 8 of 10 games played. The Toronto Blue Jays without a home park to play in due to the Canadian government not allowing them to play at Rogers Center finally selected Sahlen Park in Buffalo where they played very well. They did not play well away, sinking them to third in the division.

With the results in the New York Yankees will face the dread Tampa Bay Rays at Petco Park in San Diego. The Houston Astros will face the Oakland Athletics are Dodger Stadium. The winner of those two matchups goes on to the American League Championship at Globe Life Park in Texas.

The New York Yankees vs. the Tampa Bay Rays

On Monday at 8:07 pm ET, at Petco Park, the Yankees will face the Rays in a five-game series to determine who will go on to the ALCS. These are two teams that have bad feelings toward each other. The rival has been building for years and came to a head this season when the Rays took 8 of 10 games from the Yankees. Adding to the tension the Yankee’s Aroldis Chapman bonked a Ray’s player in the last game of the year between the two teams.

The Yankees were 33-27 on the season winning most of their games at Yankee Stadium. But overall it was a rocky season filled with ups and downs and injuries. In their last 10 games, they went 4-6.Â  Gerrit Cole has been their best pitcher and dominated the Indians in the Wild Card Series, he will start the first game of the Divisional series.Â  Cole is a hardened veteran in postseason play. The Tampa Bay Rays also completed their full 60 games, playing well all season. They ended the regular season hot going 8-2 in their last 10 games. For Cole’s part in the season the Yankees won his first start against the Rays, but lost his last two starts.

Strategies: The Yankees will want to score runs early for starter Cole so he can get out of the game with as few pitches as possible. If a game five is needed Cole will be the likely starter in a game five on three days rest, something he has never done, but would probably be better than the other choices. Mashiro Tanaka and J. A. Happ must pitch well and give the Yankees a chance to take the series early.Â  The Yankee Line up has to be alive and hit home runs.

The Tampa Bay Rays will want to continue their pitching dominance concentrating on the strike zone and getting their outs with soft pitches out of the zone.Â  The Rays in their series this season with the Yankees have hot powered them hitting 16 home runs to the Yankees 13, how that will turn out a neutral stadium is anyone’s guess.Â  With the tension behind these two teams, any unintentional or intentional player being hit could cause the series to boil over.Â  Without a doubt, the series between these two teams will be the ALDS series to watch.Â  The Yankees will be the home team in the first two games. The series will be televised on TBS.

The Houston Astros against the Oakland Athletics

The Houston Astros are not the team the Yankees faced in 2019. Absent Justin Verlander and Gerrit Cole, who is now a Yankee, the Astros pitching advantage is gone. In addition, the Astros are not the hitting team they were. Every single Astro player from the regular lineup is hitting far below their 2019 batting average and Astro star Jose Altuve has been just horrible this year.Â  Could it be with the MLB eye on them, they are not playing with any electronic advantages.

The two teams in their 10 game match this season, the Athletics won 7 of the ten games. Like the Yankees and Rays, these two teams don’t like each other very much either.Â  Afterall, Oakland’s pitcher Mike Fiers, a former Astros pitcher — is the player who initially called out Houston’s sign-stealing antics, setting all of this offseason’s fallout in motion. Earlier in the season after an A’s player was hit by a ball they charged the Astros dugout, suspensions followed.Â  Both of these ALDS series should be an exciting game to watch for fans of any of the teams.

During the ten games played between the Astros and A’s during the regular season, the A’s managed not to pitch Fiers. The ducking and hiding may not work so well this time, as this best-of-five ALDS will be played without any days off in between games. If the series goes to five games, the Aâ€™s would have to pitch him at some point, wouldnâ€™t they? Theyâ€™ll probably try and avoid it as much as they can, so itâ€™ll be interesting to see how that goes. Neither team has announced their starting pitcher. The game will at 3:07 pm ET, on Monday on TBS.

If the New York Yankees win their series and the Houston Astros win their series, it would put the teams in a rematch of the 2019 postseason when the Yankees believed that the Astros, proven cheats, may have continued to cheat. If that is the setup, the ALCS could be more contentious then the ALDS.Â  One thing is for sure if the Yankees stay in it, it will be the most exciting postseason in recent memory.