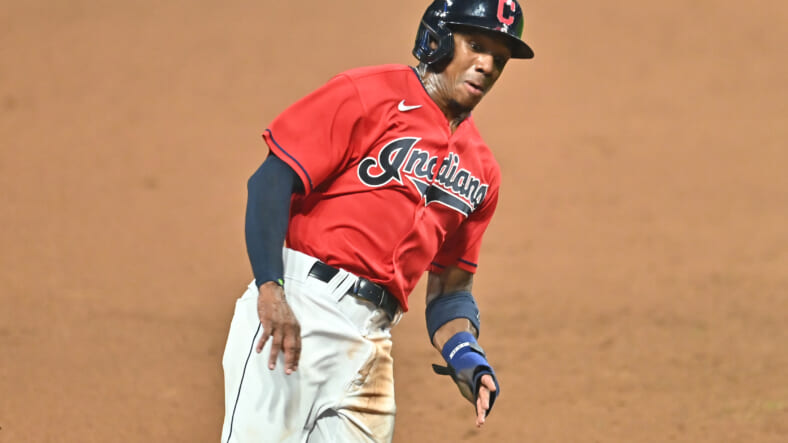 The New York Yankees have done quite a bit of late to improve the team for the 2021 search for another World Championship. They finally managed to re-sign DJ LeMahieu to a six-year contract. Since then, they have signed two-time Cy Young Award winner Corey Kluber. They orchestrated a trade with the Pittsburgh Pirates to bring Jameson Taillon to the Yankees. Also, they signed one of the best relievers in the game last season, Darren O’Day.

They have also made several acquisitions for the minor league system. They brought back two previous New York Yankee pitchers Adam Warren and Nestor Cortes Jr. To improve the outfield depth, they signed Greg Allen. Today we are going to get to know a little about this new Yankee player.

Greg Lomack Allen is 27 years old, born on March 15, 1993, in San Diego, California. He throws right but is a switch hitter. He played baseball at Hilltop High School in Chula Vista, California, before attending San Diego State University. There he played ball for the San Diego Azteks. In 2013, he played collegiate summer baseball with the Orleans Firebirds of the Cape Cod Baseball League, the same league that Yankee Aaron Judge played in.

After playing in the Cape Cod League, the Cleveland Indians selected Allen in the sixth round of the 2014 MLB Draft. He was assigned to the Mahoning Valley Scrapper, where he spent the entire season batting .244 with 19 RBIs while stealing 30 bases. In 2015 he was assigned to the Lake Country Captains; for them, he batted .273 with seven home runs, 43 stolen bases in 123 games. He also played a few games for the Hillcats before being promoted to the Akron Rubber Ducks. In 129 total games between the two teams, he batted .295 with seven home runs, 44 RBIs, 45 stolen bases, and a .830 OPS. After the season, the Indians assigned Allen to the Arizona Fall League.

Allen began the 2017 season with Akron. The Indians promoted him to the major leagues on September 1, 2017.[ In 71 games for Akron before his promotion, he was batting .264 with two home runs, 24 RBIs, and 21 stolen bases. On September 7, Allen hit his first MLB home run.

Allen began 2018 with the Columbus Clippers. On May 27, 2018, in the Majors, Allen hit his first career walk-off home run against the Astros in the 14th inning. On September 23, 2018, Allen hit a base hit in the bottom of the 11th inning against the Boston Red Sox, his second walk-off win for the Indians. He ended the 2018 season with a .257 batting average while stealing 21 bases.

On August 31, 2020, the Indians traded pitcher Mike Clevinger to the San Diego Padres, Allen was sent as well as part of the deal. On New Year’s Eve, Allen was designated for assignment by the Padres following Ha-seong Kim’s signing. Just six days later, he was traded to the New York Yankees for Jim Reeves.

Greg Allen is 6′ 0″, 185 pounds. He is reported not married and apparently not dating at the moment. He has been invited to spring training at George M. Steinbrenner Field; if he plays well, we may see him in left field at Yankees Stadium. For now, he can begin to write his story with the Yankees.