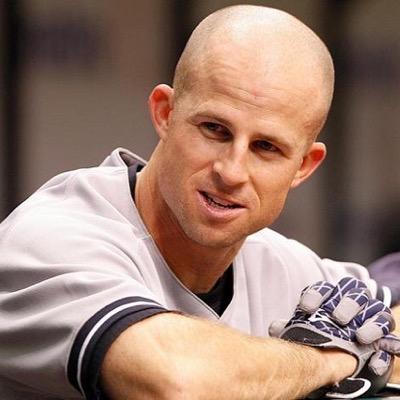 After eleven years in the majors with the New York Yankees, Brett Gardner had one of his best seasons with the team in 2019.Â  He is already the veteran heart and soul of the New York Yankees. For those that think Brett is washed up, he had an above-average season. In 2019 he had 123 hits and 74 runs batted in, his third-best RBI record with the Yankees. He also hit a career-high 28 home runs, making him a power threat. Gardner was clutch in many of his hits. His speed on the bases and in the field was as good as ever.

Fast forward to the 2020 season. Brett’s performance dropped off considerably, as it happened with many players during the shortened coronavirus season. One difference was that it was the last year of his contract, and the New York Yankees would have to decide whether to exercise his $10 million option for the 2021 season. They did not and bought him out for $2.5 million, making him a free agent.

Gardner always said he wanted to come back to the Yankees and retire as a Yankee. After no fans in the stands, Gardner wanted to play another season so his family could see him play again. As the offseason lingered, no offer came from the Yankees. Gardner had to decide whether to investigate other interested teams or if he should retire. Gardner held fast to the idea he could return to the Yankees. Just before spring training, he got an offer from the Yankees that he accepted. After all, he is the defacto captain of the New York Yankees.

In the deal, Gardner gets a $1 million signing bonus payable within 30 days of approval by the commissionerâ€™s office and a $1.85 million salary this year. His agreement includes a $2.3 million player option for 2022. If Gardner declines the option, the Yankees would have a $7.15 million option for 2022 with a $1.15 million buyout, making his 2021 contract worth $4 million.

At spring training at the George M. Steinbrenner training facility in St. Petersburg, Florida, Gardner is happy as a lark and excited to contribute to the 2021 season. However, this season will be like no other; he will not be in the starting lineup but playing from the bench. Clint Fraziers excellent play last season took his everyday outfield job away and threatened his return to the team.Â  He is happy for Frazier, but he holds no hard feelings:

â€œWhatever the team needs me to do to help on a daily basis, Iâ€™ll be ready. Whatever my role is, I accept it.â€

For newer New York Yankees fans, let’s get to know Brett Gardner and what brought him to this 14th year with the Yankees. On a farm in Holly Hill, South Carolina a boy was born to Jerry and Faye Gardner on August 24, 1983. That son was Brett Gardner. Brett grew up on that farm in the shadow of his Dad, a minor league baseball player in the Philadelphia Phillies organization. So it was natural that Brett would play baseball for the local American Legion post and also play the game when he attended Holly Hill Academy. When he attended the College of Charleston in 2001, he decided to try out for their baseball team as a walk-on.

He ended up playing 3 years as a starter for the team. In his senior year, he batted .447, tied for the most hits in all of college baseball with 122, established a Cougars record with 85 runs scored, and led the Southern Conference with 38 stolen bases. After his senior year, the Yankees selected Brett in the third round of the draft.

From 2005 to 2006, he played for the New York Penn League and Florida State League. In 2007 he played for the Trenton Thunder; he broke a bone
in his hand but still managed to hit five triples and batted .300 with a
.392 OBP, before being promoted to the Triple-A Scranton/Wilkes-Barre
Yankees. On June 30, 2008, Gardner was called up and made his major league debut, batting leadoff and going 0-for-3 with a stolen base.

On September 21, 2008, Gardner scored the final run of Major League Baseball in old Yankee Stadium history as a pinch-runner for Jason Giambi, scoring on a sacrifice fly by Robinson CanÃ³ in the seventh inning of an eventual 7â€“3 win for the Yankees over the Baltimore Orioles.

Brett has spent most of his career in the left outfield and as a leadoff
batter due to his speed and ability to steal bases. When Curtis Granderson
suffered an injury in 2013, Brett moved to the center-field where he continued to excel. Although Brett will never be under consideration for the Hall of Fame, he has certainly excelled with the Yankees winning the Fielding Bible Award in 2010, 2011, and 2017. He was an All-Star in 2015, was AL Stolen base leader in 2011, AL triples leader in 2013, Gold Glove winner in 2016, and earned a World Series Champ ring in 2009.

Brettâ€™s stats have been declining a bit in the last few years as he ages but is still the heart and soul of the New York Yankees. When Brett steps to the plate, he is going to run up pitches for whoever is pitching. He is the most disciplined Yankee at the plate, making contact on 93% of his swings. No player has played harder than Brett, and that continues to this day.

In 2019 he was instrumental in holding the New York Yankees injury-riddled and ragtag team together just by his presence and work ethic, teaching many minor leaguers playing for the first time in the stadium, what it means to be a Yankee, and inspiring them to play to their
best abilities. His efforts and that of all of the Yankees won them 103 games and a trip to the postseason. He was one of only two players that did not go on the IL.

During the offseason, the New York Yankees signed Brett to a one-year contract with a team option for the 2021 season. Brett, not having to worry about a long 162 game season, may go full strength from the start and have another excellent season for the Yankees. Strength was not an issue, but his hitting was; he finished the season playing in all but eleven games. He batted only .228 with five home runs, putting his return to the team in question.

Brett spends the offseason away from New York near his Dadâ€™s 2,600-acre farm. Brett recently talked about spending the shutdown time helping out his Dad. Brett and his wife live in Summerville, South Carolina. Brett and his wife Jessica have two boys, Abraham, born in 2008, and Peter, born in 2010. At age 37, his playing years may be coming to an end, but he will always be remembered as a guy who put everything he had into every game.