New York Yankees News/Rumors: Will the Yankees go after Jack Leiter in July? 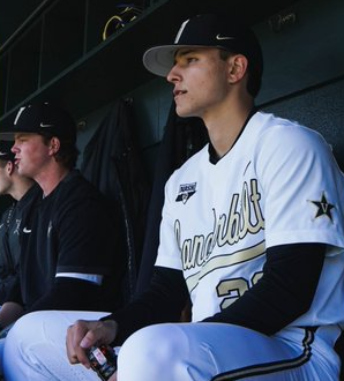 The New York Yankees were graced for several years to have Al Leiter pitch for them. He started his career with the Yankees in 1987 and pitched for them until he was traded to the Toronto Blue Jays in 1989. He pitched for four teams, including the Florida Marlins, before becoming a star pitcher for the New York Mets. But in 2005, Leiter came back to the Yankees, where he finished off his 19-year career. Leiter would later go on to be a broadcaster and commentator for the Yankees with the YES Network.

I really liked Leiter’s commentary because few could explain pitching mechanics and analytics better than he. In 2016, he won the NY Sports Emmy for a game analyst for the YES Network. In 2019 after being an analyst for Fox and MLB Network, he hung up his broadcasting career and became the New York Mets baseball operations advisor. Leiter is focused on scouting and player development, emphasizing mental preparation for pitchers, working with players at every level of the organization, from newly drafted players to Major Leaguers.

You might imagine that Leiter has a baseball family, and you would be correct. Leiter married his wife Lori, and they had four children, Lindsay Brooke, Carly Jayne, Jack Thomas, and Katelyn Grace Leiter. Al had two brothers that played in the majors as well, and one of their sons is also a professional baseball pitcher. With his father’s tutelage, Jack played baseball in high school and is now a pitching star with Vanderbilt University playing for the Commodores.

Jack Leiter is number 6 on MLB Pipelineâ€™s Draft Top 100 and showed exactly why they are so coveted as Vanderbilt began its season with a doubleheader sweep over Wright State on Monday. Leiter, in his game, surrendered only one hit and only allowed two runners to get into scoring position over five innings of work. Leiter, 20, didn’t disappoint. Jack typically works in the mid-to-upper-90s but did reach 100 a couple of times on the television broadcast, though there are some reports that the stadium gun was running a bit hot.

At Vanderbilt, he teams up with fellow ace Kumar Rocker for a one-two punch that is a big headache for opposing teams. In addition to the fastball, Leiter also throws a 12-to-6 curveball, a low-80s slider with plenty of upsides, and has an advanced feel for spin. Thereâ€™s a long way to go until the Draft, which will take place July 11-13 in Atlanta, and it remains to be seen whether Rocker or Leiter sees his name first, but this much is clear — opposing hitters are in for a long season. In the Draft, the New York Yankees will take another close look at having another Leiter pitch at Yankee Stadium.

Jack was selected in the 20th round of the 2019 MLB Draft by the New York Yankees, but like so many players, he chose college instead.