New York Yankees News/Rumors: Will Paxton haunt the Yankees,? Some Yankee times firmed up, and more 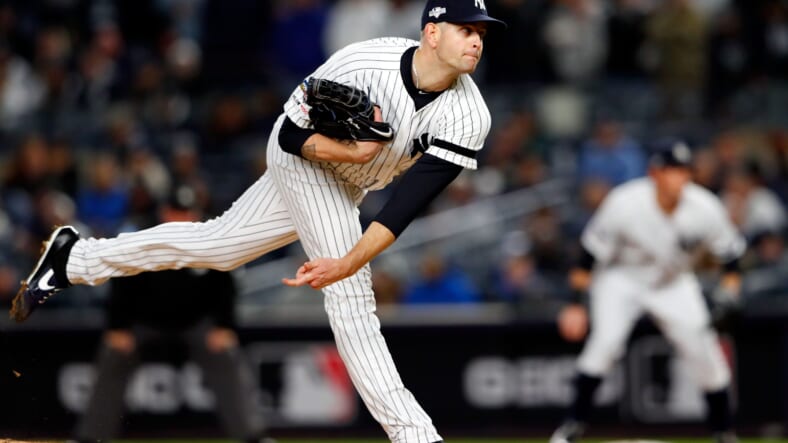 The New York Yankees James Paxton is no longer on the team after the Yankees let him walk into free agency after the 2020 season. But will the Yankees be haunted by that move? The news is that Paxton has been pitching like an ace during the offseason.

During the offseason, Paxton has been working out with the Detroit Tigers pitcher Matthew Boyd. According to Boyd, the lefthander has been dynamite even though he still remains unsigned. The Yankees at the end of the season lost Paxton, Masahiro Tanaka, and J. A. Happ to free agency. Tanaka has returned to Japan to pitch for his old team, where he is a national hero. Happ was signed by the Minnesota Twins, but Paxton still has not found a home for the 2021 season.

â€œWhoever gets him is going to get a steal,â€ Boyd said Wednesday on MLB Network Radio on SiriusXM. The New York Yankees know that Paxton can be an ace-like pitcher when he is healthy. The problem with Paxton and most likely the reason that he has not been unsigned is that he can’t seem to stay healthy. Last season, Paxton made just five starts, going on the injured list in August with a left forearm flexor strain. He had lower back surgery in February, which made him miss the initial spring training.

Boyd went on to say: “And heâ€™s pumping the ball right now, too,â€ Boyd said. â€œHe looks better than he ever has. We dove into some stuff, breaking down fastballs and understanding spin direction and all that. His ball just takes off. Itâ€™s fun to catch. Iâ€™m hoping he ends up in a Tigers uniform or something like that. Whoever gets him, theyâ€™re getting an ace.â€

Many Yankees times are firmed up

The Yankees will start all their April weekday home games, except for Fridays at 6:35 p.m. again this season. Major League Baseball released the times for all games on Thursday, and the Yankees open their season at home on April 1, at 1:05 pm against the Toronto Blue Jays. Sunday games will be on ESPN and times are subject to change.

Highlights of the Yankeesâ€™ schedule include the Astrosâ€™ first trip to The Bronx since their 2017 sign-stealing scandal broke when Houston visits from May 4-6 which should be very interesting, because the Yankees have not forgotten their loss in 2017 due to the Astro’s cheating.Â  The Red Sox come to The Bronx on June 4 and the Yankees go to Boston for the first time on June 25. The two teams will be the only game in MLB on July 15 following the All-Star break, when they play at the Stadium to open a four-game set.

On Aug. 12, the Yankees will face the White Sox in the Field of Dreams game in Iowa after it was canceled a year ago due to the pandemic. The final series of the regular season comes against the Rays at the Stadium, with the last game on Oct. 3.

Should the Yankees target Tony Watson?

There is still time for the Yankees to complete one last free agent signing for their bullpen. They donâ€™t necessarily have to, but adding another veteran, proven arm to a talented group can make them an even better team. During the offseason, the Yankees signed some returning arms in Cortes Jr. and Adam Warren. In a major signing, the signed Darren O’Day one of the best relievers during the 2020 season. He had a 1.10 ERA.

The Yankees might want to consider adding lefty Tony Watson to the already good bullpen. The Yankees could afford Watson as he would only take $2 plus million away from their reported access of $9 million without going over the dread luxury tax threshold. Watson is a left-handed relief pitcher with plenty of big-league experience; he has ten years already under his belt. He will turn 36 during the season, and a one-year commitment should be enough to lure him.

His average fastball velocity checked in at 89.9 mph in 2020, in the 11th percentile. However, thatâ€™s not his primary weapon. Watson uses an effective changeup roughly 45 percent of the time. The pitch had a .264 wOBA last season and coupled with his sinker and slider, helped him thrive in 2020. Watson had a 2.50 ERA in 2020, albeit with a 4.36 FIP and a 4.12 xFIP, in 18 frames. It would also be a good thing to have another type of relief pitcher in the New York Yankeesâ€™ bullpen, to give opposing batters a different look.