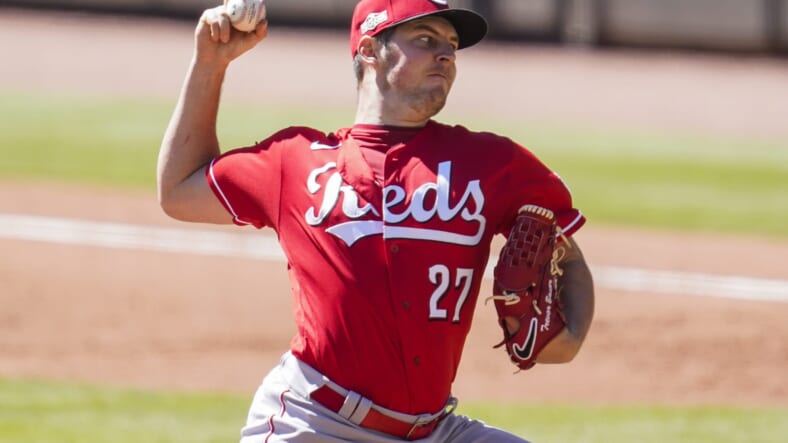 The New York Yankees failed again with another losing postseason. During this long and cold offseason, the Yankees will have many decisions to improve the team in hopes of a 28th World Championship. But that being said, there is a huge cloud hanging over the offseason. That cloud includes the fact that the Yankees lost more money this past coronavirus season than any other team, an amount that approaches $700 million, considering no revenue from fans in the stands, no concession revenue, security, upkeep of Yankee Stadium, and both staff and player payrolls.

The other cloud rolling in is that there is no clear path to a normal season in 2021. The coronavirus is roaring through the country with no end in sight. That is producing an unclear picture of what the 2021 baseball season will look like and whether fans will finally be allowed in the stands of baseball parks; thus, all teams face an upcoming season with revenues doubtful. The New York Yankees will look to keep their player payroll below the $210 million luxury tax mark.

With all of that in mind, the Yankees do have holes to fill, particularly in their pitching starting rotation. By only offering DJ LeMahieu a qualifying offer, they have effectively taken over $70 million off their payroll. That includes the end of the Jacoby Ellsbury contract. The Yankees will have money to spend and still stay under the luxury tax benchmark. But, you can be sure that the Yankees will use it creatively to improve the team. That creativity will not include Trevor Bauer who has just refused his qualifying offer from the Cincinnati Reds.

There is no question that Trevor Bauer will be the best pitcher in free agency this offseason. After all, he is coming off a stellar season and is a finalist for the NL Cy Young Award. In eleven starts, he had two complete games, averaged near seven innings a game, all with an ERA of 1.73. No problems there, but the Yankees don’t need to spend on another ace unnecessarily. They already have one in Cole. What they do need is a premium type 3rd in the rotation pitcher. Bauer will be looking for a big dollar contract that the Yankees won’t be willing to hand him.

Don’t worry about Bauer; he will do fine as several teams will be interested in him, including the New York Mets. The Yankees have co-ace Luis Severino rejoining the team sometime before the All-Star break. They will have a season that most likely will include a returning Domingo German, who is off suspension, and was the Yankees best pitcher in 2019. Most project that they will also take back Masahiro Tanaka, but at a discounted short contract.

With all of those pitchers, a newly acquired mid-rotation guy, like a Kevin Gausman or Charlie Morton, and all the young bevy of arms, including Deivi Garcia, the Yankees could end up with the best starting pitching rotation in baseball without spending big for Trevor Bauer.

The New York Yankees have plenty of other issues to spend on, include several arbitration-eligible players headlined by Aaron Judge and Gary Sanchez, that will all need raises.Â  With their excellent 2020 play, Clint Frazier and Luke Voit will receive the largest raises.

The Yankees also need to address their infield needs. Specifically, do they pick up a shortstop for the struggling Gleybor Torres? Do they get a real catcher or go with Sanchez or Higashioka. The Yankees have much to do but don’t look to them to spend big on anything. Most likely the Yankees will make a spending priority on keeping DJ LeMahieu in pinstripes.