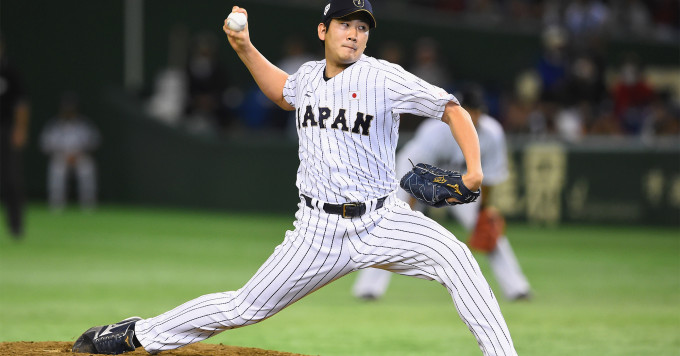 Tomoyuki Sugano, arguably the best pitcher in Japan, will most likely be posted in the coming weeks and become available to the New York Yankees and other major league teams. Updating this article that was written on November 2, Sugano will be posted as early as this week, according to MLB.com.

The New York Yankees have some tough decisions to be made during this offseason. The decisions will be mostly with what to do with their pitching rotation headed by Gerrit Cole, but there are no definites beyond that. One decision has been made; the Yankees did not offer free agent Masahiro Tanaka a qualifying offer; many thought the â€œTankâ€ would be back with the Yankees next season. However, in free agency, Tanaka can negotiate with the Yankees, but the Yankees will only consider a deeply discounted contract for the short term. James Paxton and J.A. Happ were not issued qualifying offers, leaving some big holes in the starting rotation.

There may be some relief for the Yankees as Luis Severino is expected back before the All-Star break, returning from Tommy John surgery. If the Yankees decide to take back their 2019 most winningest pitcher Domingo German,s who was suspended for the 2020 season, They will have Cole, Montgomery, German, and at some point Luis Severino. But that still leaves a position or two to fill. One of those may be filled by Deivi Garcia.

The Yankees will most likely need another starting arm. But after a season of no money caused by the coronavirus, itâ€™s hard to tell if the Yankees will penny-pinch or spend a modest amount to bolster the starting lineup. That pretty much rules out Trevor Bauer, who will demand big bucks. There are other possibilities like Corey Kluber and Kevin Gausman. Or might the Yankees look to Japan as they did with Masahiro Tanaka?

The New York Yankees since the 1990s have had an interest in players that played well for Japanese teams. Hideki Irabu, Ichiro Suzuki, Hideki Matsui, Kei Igawa, Hiroki Kuroda, Ryota Igarashi, and Masahiro Tanaka. Now they could be looking at Tomoyuki Sugano to solve their pitching rotation.

Sugano has a solid ability to generate weak contact, holding opposing hitters to a 55% ground ball rate. To top it off, he can help himself out with the glove once the pitch is released. His pitching style makes him a good fit for the Yankee Stadium short porch.

Major League scouts have said that Sugano would make a solid number three starter in the Major Leagues.

MLB has pushed back by one week when a player from Nippon Professional Baseball can be posted, to Nov. 8-Dec. 12. That acknowledges that the Japanese season was delayed at the outset by the COVID-19 pandemic and extended about a month longer than normal, with its version of the World Series scheduled for Nov. 21-29.

A posted player has a month-long window to reach an agreement with an MLB team from the date of posting, and his Japanese team receives a fee at a percentage of his contract if he signs with a major league team.

There is a change in the situation, considering that the free-agent season will be penny-pinched by most teams, Sugano could wait until next season to make his move to the Major Leagues.