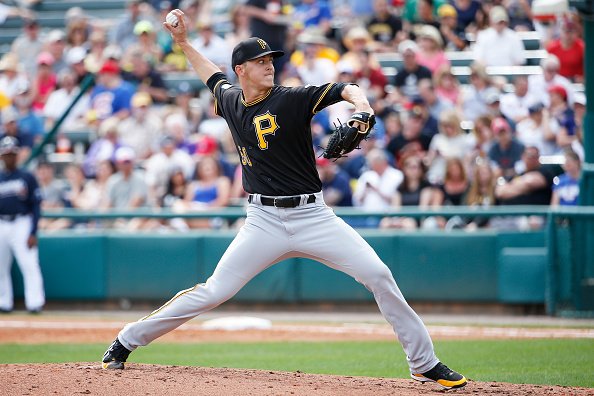 The New York Yankees have improved their starting rotation after the loss of Masahiro Tanaka, James Paxton, and J.A. Happ to free agency. Last week they hired the services of two-time Cy Young Award winner Corey Kluber who will likely be the number two starter behind ace Gerrit Cole. Although the Yankees have a bevy on young arms, either MLB ready or close to it, the Yankees are reportedly still looking for another starting arm. A month ago, I suggested in an article that Jameson Taillon should be a target, and just two days ago said that the rumors on Taillon going to the Yankees were heating up.

Although both the Yankees and Pirates have been mum on the trade possibility, there is much smoke on the internet. It’s my experience that when there is enough smoke, fire is usually not far behind. Both MLB executives and at least one player (not Taillon’s) agent have suggested that the Yankees are close to a deal landing him in the Bronx. Of course, details are lacking. It wouldn’t be a shock if New York Yankees’ general manager had a surprise up his sleeve. Taillon has come back from his second Tommy John surgery. Cashman is known for taking a risk with players returning from injuries to add to the club with little investment.

With a deal seemingly imminent, even within the next few days, it’s time to get to know the Jameson Taillon story. Jameson Taillon was born in Lakeland, Florida, on November 18, 1991, to Canadian parents. Taillon holds dual citizenship in both Canada and the United States. His family moved to Texas, where the tall young man attended Woodlands High School in Woodland. He played baseball for the Highlanders. It was there that he got the attention of Pittsburgh Pirates scouts with his 22-6 record. In his senior year at Woodland, he threw a no-hitter, striking out 19 hitters. His 2010 senior record was 8-1.

Out of high school, Taillon signed a letter of intent to attend college but was drafted in the Pirates’ in the first round. Just hours before the deadline, he did choose the Pirates over Rice University for a $6.5 million signing bonus, the second-highest bonus in draft history at the time. Taillon made his professional debut on April 27, 2011. He joined the team on April 24 after staying in Florida for an extended spring training assignment. He spent the season with the West Virginia Power, going 2â€“3 with a 3.98 ERA in 23 starts.

Taillon was named to appear in the 2012All-Star Futures Game. He started the 2012 season with the Marauders but was quickly promoted to the Altoona Curve. In August, he was named the Eastern League pitcher of the week. In 26 starts between the two teams, he was 9-8 with a 3.55 ERA. He was promoted to the Indianapolis Indians, but after the season, he had his first Tommy John surgery to repair a UCL of the elbow, causing him to miss the entire 2014 season. He also missed the 2015 season with a sports hernia.

During 2016 Taillon spent his time between the Pirates and the minors going back and forth. He made his Major League Debut after 10 starts in the minors. Taillon went 4â€“2 with a 2.04 ERA, striking out 61 in 61.2 innings and walking only 6. In another Pirate’s start, he faced Noah Syndergaard; Taillon threw 6 innings, giving up 3 runs on 6 hits, 2 walks, and 3 strikeouts, not receiving a decision in the eventual 6â€“5 loss. In his second start against the Mets, he threw 8 scoreless innings, carrying a no-hitter into the seventh before former Yankees Curtis Granderson broke it up, recording his first win in the 4â€“0 victory. He spent the remainder of 2016 with Pittsburgh. In 18 starts, he compiled a 5â€“4 record and 3.38 ERA.

In 2017 he was in the Pirate’s starting rotation, but he underwent surgery for testicular cancer in May. After just a few weeks, he was back with the club and finished the season with 25 starts; he had an 8â€“7 record and 4.44 ERA. He pitched the entire 2018 season uninjured with a 3.20 ERA in 32 starts. His 2019 season was cut short when he required his second Tommy John surgery. He did not pitch in 2020 while rehabbing.

General manager Brian Cashman has a history of taking chances on previously injured players, as he has already done with Corey Kluber. In a worst-case scenario, both of these pitchers will be average pitchers, but there is also an excellent chance that they excel for the Yankees and prove their worth with minor investment. If the New York Yankees can trade for Taillon, both he and Corey Klubler will become free agents at the end of the season. This will also give the Yankees a whole season to evaluate Domingo German and Luis Severino’s returning pitchers and further develop prospects Deivi Garcia, Clarke Schmidt, and Michael King.

At just 29 years old, Taillon is a 6-foot-5, 230-pound pitcher. He primarily utilizes a fastball that can top out at 98 mph, sinker, slider, and a circle curveball. He gets an impressive 50% ground ball rate, which plays well at Yankee Stadium. Beat writer Bryan Hoch singled out Taillon this week as someone that the Yanks have done a lot of due diligence on, which doesnâ€™t generally happen if the teamâ€™s plans arenâ€™t pointing in one direction. The question of if a deal can be made is what the Yankees will have to send to Pittsburgh.

The New York Yankees can afford Taillon; he would add only $2.25 million to the Yankees payroll. A deal for Taillon would likely include Miguel Andujar, Estevan Florial, and either Luis Gil or Luis Medina. The Yankees would most likely want to keep Medina. If a deal can be reached, it could be finalized as early as today or in the next few days. Taillon’s nickname is “Jamo” He is tied to longtime girlfriend Claire Petratis. He owns a black F-150 pickup and is a coffee freak. The Video below was at the beginning of Taillon’s rehab.