New York Yankees News/Rumors: Could the Yankees bring back another former Yankee? 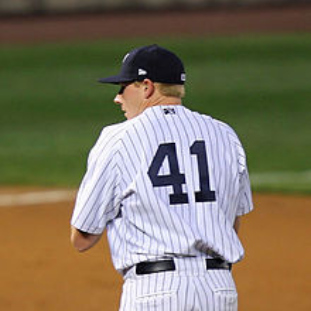 It has been said a million times over that the New York Yankees‘ main priority is re-signing batting champ DJ LeMahieu. There is no question that LeMahieu is one of the best baseball players presently playing, and the Yankees should re-sign him. But beyond his signing, the Yankee’s next priority should be to strengthen their once-dominant bullpen, as it appears there will be no big-time acquisitions to bolster the starting rotation.

Yesterday on the same bent, I wrote about another former Yankee that the Yankees should consider, that being David Robertson, that has pitched very effectively in the Bronx. Today I would like to examine other former Yankees to bolster the bullpen. The Yankees drafted Mark Melancon in 2006. He made his Major League debut for the team in 2009 and continued to pitch through 2010 with mixed results. He pitched in 13 games in 2009 and only two games in 2010 but went home with a World Series ring.

At the beginning of 2011, he was traded by the Yankees to the Houston Astros. Over the years with the Astros, the Red Sox, the Pirates, Nationals, Giants, and the Atlanta Braves, Melancon has become one of the best relievers in baseball. He is a three-time All-Star and a Cy Young nominee. For the Pirates, he was their primary closer in multiple years postseasons. He racked up 51 save for the Pittsburgh team in 2015.

Last year with the Braves, he helped bring them to a near World Series win going 2-1 with an ERA of 2.78 in 19 games, allowing only one home run on the season. Although primarily a closer, he has pitched middle innings for the Braves. Obviously, the Yankees don’t need a closer, but Melancon would be an excellent replacement for free agent Tommy Kahnle as a setup man for both Zack Britton and Aroldis Chapman and could fill in closing any game for the Yankees.

Melancon is a perfect fit for the Yankees and Yankee Stadium’s short right porch. Hitters can’t take advantage of the short porch if they can’t get the ball in the air. Mark is a ground ball pitcher, getting ground balls 56% of the time. He has an excellent curveball and cutter and will throw an occasional fastball and changeup.

Because this is a good season to take advantage of the depressed market for free agents, the Yankees could get a good deal on Melancon, particularly on a one-year deal. MLBtrades.com estimates his value at $4 million and FanGraphs at $11 million. Realistically he is probably worth halfway between the two estimates.

With the loss of Tommy Kahnle for the entire season and the lack of surety that Adam Ottavino can rebound from a dismal season in 2020, acquiring either David Robertson or Mark Melancon for insurance seems like a no brainer for the New York Yankees.