New York Yankees News/Rumors: Brian Cashman may not be done, and Joc Pederson signs with the Cubs 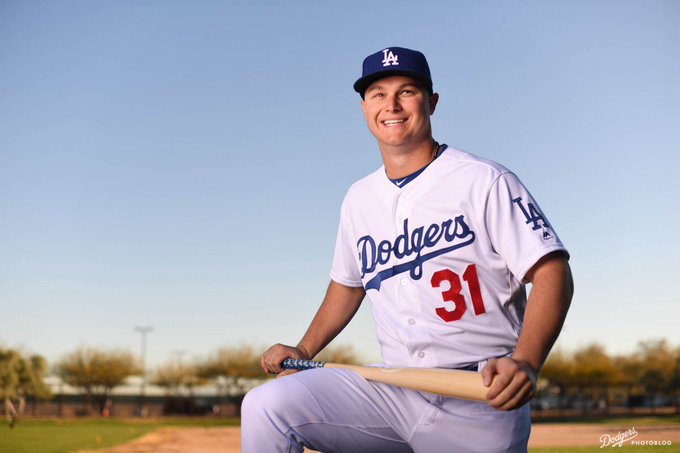 The New York Yankee’s general manager Brian Cashman must be happy with the successes he has had in the last week or so. First, he was able to sign DJ LeMahieu to a six-year contract for far less annually than industry sources said it would take. He followed that up by signing two-time Cy Young Award winner Corey Kluber to an $11 million one year deal. A few days later, he managed to orchestrate a trade with the Pittsburgh Pirates to bring starter Jameson Taillon to the Yankees for a mere four low-level prospects.

It had recently come out that Cashman, before the Kluber deal, was in talks with the Pirates to bring both Joe Musgrove and Jameson Taillon to the Bronx. For some unknown reason, that didn’t work out, and Musgrove went to the San Diego Padres for four prospects. Those players were Hudson Head, Omar Cruz, David Bednar, and Drake Fellows. It soon came out that it was a three-team trade.

While the Padres sent southpaw Joey Lucchesi to the New York Mets, the Mets would be sending catching prospect Endy Rodriguez to the Pittsburgh Pirates. Since taking over as general manager of the Pirates, Ben Cheringtonâ€™s best trade is so far. When the dust settled, Cashman signed Kluber and continued to negotiate to get Taillon, which he successfully did.

If you believe that Cashman is done improving the team, you are likely wrong. According to who you want to believe the New York Yankees still have between $6.5 and $8.5 million left in the budget without going over owner Hall Steinbrenner’s mandate that Cash stays below the $210 million luxury tax threshold. Add to that, he has a bevy of high A and low A prospects that are log jamming the minor league system. Many forget that there was a re-alignment of the minor league system this offseason causing the closing down of the Staten Island Yankees and the Pulaski Yankees. The Yankees have to mesh all those players into existing minor league teams.

The Yankees have a considerable amount of shortstops and centerfielders in the system that could very well be used as trade bait to get an additional starter, bullpen help, or more outfield depth. So with prospect aplenty and money left to spend, expect more Yankee acquisitions before spring training that is just over two weeks away.

The New York Yankees still have to decide if they will bring centerfielder and fan-favorite Brett Gardner back for a twelve year with the Yankees. With the most recent addition of Darren O’Day, they could still use another arm in the bullpen. They traded Adam Ottavino in a payroll dump and let Tommy Kahnle walk to the Los Angeles Dodgers when he would accept the Scranton team assignment, making him a free agent. Presently they have a strong late-inning staff of Chad Green, Darren O’Day, Zack Britton, and Aroldis Chapman. Where they are lacking is early and long relief relievers.

If they don’t sign Brett Gardner, they have to decide with reliever Brad Hand out of the picture after signing with the Washington Nationals and Joc Pederson singing with the Chicago Cubs if they still want an outfielder. Also, the Yankees have to address a situation that has received little press. The Yankees cannot go into the regular season with only two catchers. Last year the Yankees had backup catcher Erik Kratz who has since retired. Should either Gary Sanchez or Kyler Higashioka become injured, there would be no backup catcher. Only time will tell what Cashman will do with his remaining assets, but we are likely to know sooner than later.

Giants down to 3 general manager finalists, but what’s with the Dan Quinn interview?
New York Yankees

3 keys for the Knicks to beat the Pelicans and get back to .500
New York Yankees