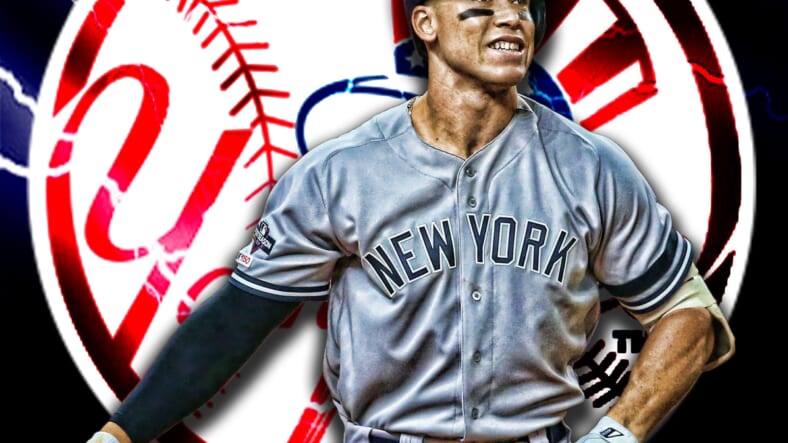 New York Yankees’ slugger Aaron Judge has recently talked about the 2021 season and his future, and it was all positive. Judge has had a rough time in the last few years with injuries. He hasn’t played close to a full season of ball since his breakout year in 2017. That year he played in 155 games, earned an amazing 52 home runs and was named Rookie of the Year, was an All-Star, earned a Silver Slugger Award, and finished second in the MVP voting.

Actually, he might have been the MVP if Jose Altuve, who won the award and his Houston Astros, hadn’t cheated during the season.

Unfortunately for the budding star, his baseball life has been pretty dull since then. In 2018 he played in only 112 games, 102 games in 2019, and played in fewer than half of the games this past shortened season.Â  All of his time off the field has been due to injuries of all types, some unavoidable like the chip off the wrist that caused him to miss three weeks of playing time. At the end of the 2019 season, he fractured a rib. During the 2020 season, he would miss some significant time after suffering an oblique strain running to first base on a base hit.

But even considering his history, Judge is positive about the upcoming season.

â€œI’m finally going to have a good offseason; no injuries going into the end of the year,â€ Judge said. â€œThat’s one thing that always makes it tough; when the playoffs come around, if youâ€™ve got injuries, you put those aside and just play through it. So this year, having nothing going into the end of the year has been great. I’ll have a good offseason, stay healthy and play a full year — not only next year, but for many years to come. I’m looking forward to that.â€

Judge expressed optimism that the Yankees would pick up a couple of players this offseason and strengthen the pitching situation. He also said that he sees a lot of promise in the Yankeesâ€™ up-and-coming crop of talent. He referenced all the players that were brought up to the Stadium in this shortened season.

â€œThat was a crazy thing about 2020, is we got a chance to call on some rookies that normally might not have been called up, might not have made it to the big leagues,â€ Judge said. â€œWith the guys weâ€™ve got in our farm system â€¦ the next couple of years, weâ€™re going to be doing something special in New York.â€

Gardner’s chance of return is better than you might think

With all the decisions the New York Yankees have to make to fix the pitching rotation and infield problem, itâ€™s hard to believe the Yankee brass concentrates their efforts on holding on to fan-favorite Brett Gardner. But in this cash strapped season, when the dust settles, and the Yankees work their magic and are happy with the pitching rotation, they will address the Brett Gardner situation. After the World Series, they made the quick decision not to take up his option at $10M for the 2021 season.

As it stands now, the Yankees will buy him out by exercising the buy-out clause in his contract, which will pay him $2.5 million to go back to his farm in the Carolinas. But donâ€™t think for one minute, that is the end of the story. The New York Yankees know that Gardner has value to them. Yes, he is 37 years old but is still one of the elite defensive players in baseball. The Yankees are also aware that Giancarlo Stanton is pretty well shot in the outfield. They also know of the Aarons, Hicks, and Judgeâ€™s injury history. If either of them gets injured, Gardner is the answer. He can play left and centerfield more than adequately.

We also donâ€™t know what effect the short season had on Gardner or any other player for that matter. If he played lousy for the first 47 games of the season and played really well for the last 115 games of the season, we wouldnâ€™t even be having this conversation, and the Yankees would have exercised his option. Donâ€™t count out another â€œGardy party.â€ Like they did last year, the Yankees will most likely wait until late, but there is a very good chance Brett Gardner will be back in pinstripes again next season.

Outside the box, a blockbuster trade suggestion

Joel Sherman of the New York Post is a well respected New York Yankees reporter and baseball thinker. He is not afraid to go outside the box when looking at trade possibilities. The following is directly from his Twitter account:

Stanton and prospects to the Cubs for Yu Darvish, Jason Heyward, and Craig Kimbrel.

What Sherman seems to ignore is that there is a major stumbling block to this trade besides the money hurt. Giancarlo Stanton has a no-trade clause in his Yankee contract. Stanton would have to approve the trade, and that is not likely as he just exercised his option to stay at Yankee Stadium through 2027. Stanton has not signalled any interest in going anywhere.

The deal is attractive though Darvish would jump in as the Yankeesâ€™ No. 2 starter behind Gerrit Cole. Heyward is Brett Gardner-esque: a strong corner defender and lefty bat who actually had a .936 OPS vs. righties last season. Kimbrel has been bad the last two years, but in September, he threw 7 1/3 scoreless innings with no walks and 13 strikeouts. None of these contracts goes beyond 2023. The only reason the Yankees would even consider such a trade would be to acquire Yu Darvish and unload the money owed to Giancarlo Stanton. Chances of this trade happening..zero.