New York Yankees News Round-up: All the news in one place 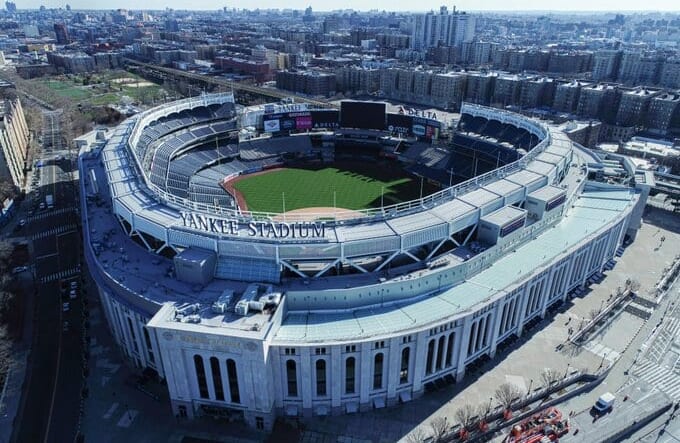 After two weeks, where do the New York Yankees stand?

Two weeks into the new baseball season, the Yankees are 3.5 games behind the East-leading Boston Red Sox. They are two games under .500, winning only five of twelve games played. Unless your name is Gerrit Cole, you haven’t pitched well, and if you’re a hitter, you haven’t been hitting. The Yankees certainly aren’t playing well, are making many errors, both throwing and on the base paths, and they seem to have an infinity for hitting into double plays.

Tonight the Yankees face their nemesis, Tampa Bay Rays. Tensions have been building up for the two teams during the last few years. It came to a head last season when Yankee closer Aroldis Chapman threw at the head of the Ray’s Mike Brosseau. Chapman was suspended for three games for his part in the incident. So far this year, there have been no bench-clearing events, but watching the games, you can feel the tension in the air. Yankee pitchers have hit several Rays in the first three-game set. Jordan Montgomery hit Austin Meadows twice in the same game, making the umpire warn both teams. Don’t expect the civility to continue.

Tonight the New York Yankees will celebrate Jackie Robinson Day. Most teams celebrated it on the traditional date of April 15. However, teams that had the day off on Thursday are allowed to celebrate it today. In honor of the baseball great, all the Yankees players and staff will wear his number 42. Robinson was the first black man to break the color barrier and play in the major leagues. His number was officially retired from all of baseball in 1997. The Yankees’ Mariano Rivera was already wearing the number 42 and was the last player to do so when he retired in 2013.

Was Clint Frazier’s 2020 an aberration?

Last year Clint Frazier showed up on the field and changed man. His defense was so approved; he actually was nominated for the Gold Glove award. He hit .267 with 8 home runs and earned a place in the everyday lineup in the short season. At the beginning of the season, he was named the starting left fielder for the New York Yankees.

Now, after just twelve games, the Yankee management is beginning to think twice about their decision. Although he started okay, his production has dropped off, and his defense has not been stellar, leading manager Aaron Boone to replace him in three games with the better hitting and better defender Brett Gardner. Frazier on the season is batting .200 to Gardner’s .286. Â Â  Boone recently said about Frazier:

The Red Sox are now stuck with Ottavino

During the offseason, the New York Yankees unloaded reliever Adam Ottavino to the Boston Red Sox via the trade in a mostly cost-saving move. This season, the Yankees have to be celebrating the move as Ottavino has gotten off to a terrible start with the Red Sox. He has already allowed four earned runs and seven hits in 3Â²/â‚ƒ innings. In five appearances he has an ERA of 9.82. This is the exact reason the Yankees wanted to part ways with him. Last year for the Yankees, he was ineffective.

Judge is Judge, but what about Stanton?

Aaron Judge, after twelve games, is leading the New York Yankees with 4 home runs, that a home run every three games. That may be a bit slanted as he hit two home runs in one game. Judge appears to have found his timing and is operating on all cylinders. His batting average is .308 with a hit per game. Giancarlo Stanton is a different story; he started the season hot and even hit a Grand Slam, but as of today, he has cooled off. That Grand Slam is his only home run, and he is hitting just .175. He holds the record for RBI’s and hit the baseball leading single that left his bat at 120 mph. If both of these sluggers can stay healthy and Stanton can find some consistency, all will be well for the Yankees.

Are these Yankees doomed?

Although the Yankees aren’t playing great baseball, there are those Yankees that stand out that won’t be around for long. Number one on that list is Jay Bruce, who likely will be gone as soon as Luke Voit returns from his knee surgery. He has been just plain horrible in his defense at first base and isn’t hitting either; his batting average is a team-worst .118. In all fairness to Jay by trade, he is an outfielder with only some first base experience.

Lucas Luetge’s future with the Yankees is a bit more dubious. During spring training, he was one of the two best Yankee relievers, but he has not lived up to that performance in the regular season. So far, he has struck out nine in 6.1 innings, right in line with his preseason performance. However, heâ€™s also been tagged for three homers and five earned runs, one in each inning pitched. He may improve, but right now, his future doesn’t look bright. Other than these two, when Clarke Schmidt and Luis Severino return, Albert Abreu and Domingo German may have to keep looking over their shoulders.

Amazon has announced that it has struck a deal with the YES Network to televise all the games the YES Network produces forÂ  WPIX. The 21 such games this season will be free to watch for Amazon Prime members that live in NY, CT, NJ, and eastern PA. In Connecticut, Fox61 has a multi-year deal to broadcast the WPIX games on their sister station CW20. The YES Network will televise 134 games, and the other seven will be nationally televised, divided by FOX and ESPN.