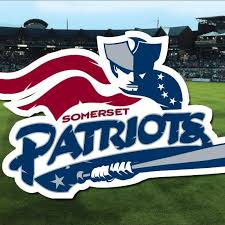 The New York Yankees have made Trenton Thunder owner very unhappy while at the same time making the owner of the Somerset Patriots to say, “it’s is like a dream come true. The Yankees announced yesterday that after 18 years, they are moving their double-A affiliate to Bridgewater, New Jersey. In the video below, Yankee’s great Sparky Lyle introduces Yankees fans to the Somerset Patriots.

There are winners and losers in this move. Trenton Thunder’s owner says the Yankees have betrayed him. Joseph Plumeri, owner of the Thunder, is fuming.

â€œThe first baseball game my father took me to was at Yankee Stadium and I continued the tradition, taking our sons Jonathan and Josh to their first games there as well. Our love for baseball and the New York Yankees came from those special days and has remained with us throughout our lives,” Kalafer, who retains the title of chairman emeritus, said in a written statement Saturday. “Iâ€™ve always looked at the Yankees as the gold standard in baseball and sports as a whole. It is how weâ€™ve modeled the way weâ€™ve conducted our business at the Somerset Patriots since day one.”

The moves were caused by MLB when they set out a plan to realign the minor league system to improve it and contract it from 160 teams to 120 teams.Â  In addition to Trenton’s move to Somerset, the Yankees will also leave Staten Island and Charleston. The Staten Island Yankees and the Charleston River Dogs will become the Hudson Valley Renegades in Wappinger Falls, New York.
The New York Yankees defended the move from Trenton to Bridgewater, claiming the move was decided upon by the better facilities at TD Park.

â€œWe thank the great city of Trenton and the Thunder owners for 18 years of collaboration and we wish them well,â€ the Yankees said in a statement. â€œBut this decision was made strictly on the basis of what we believe to be the best facility to develop our young players.â€