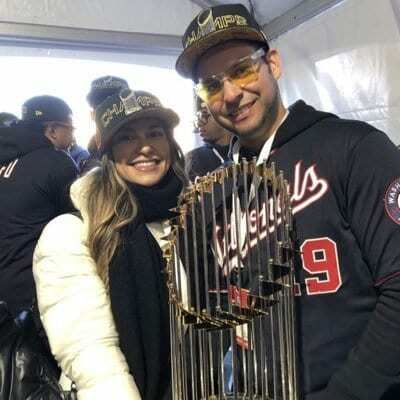 Gary Sanchez still doesn’t get it

The New York Yankees catcher Gary Sanchez still seems “clueless.” The clueless term came about last season when he said he didn’t understand why he wasn’t playing. He lost playing time because he wasn’t catching well, and most of all, he wasn’t hitting the ball when his backup catcher Kyle Higashioka was excelling.

Now, after losing his everyday catcher job to Higashioka again, he still seems clueless. After last night’s loss to the Baltimore Orioles, he told reporters that he wasn’t in a slump. Is he telling us this is the new normal? He said this was different and not like last year. He also said it’s early in the season and that the club hadn’t even played a month yet. Well, Gary, this writer says you are in a slump, and according to simple math, it has been a month.

To be completely fair to Sanchez, his slump is not for lack of trying. Probably no one has worked harder to get better and be prepared to play at a high level. While many players were resting and enjoying their winter off, Sanchez played winter ball and then worked out and worked on his catching at the Tampa complex. The only problem with all of that extra work is that it hasn’t translated to positive results.

Could the Yankees have another inside track?

Eric Cressey, the Yankee’s head of the training and strength/conditioning departments, was likely very influential in the hiring ofÂ  2 times Cy Young Award winner Corey Kluber who had been working out with Cressey at this Florida facility during the offseason. The New York Yankees in close contact with Cressey had the inside track to how Kluber was doing. When the Yankees viewed his pitching demonstration, they hired him two days later.

Now Cressey is involved with free-agent pitcher Anibal Sanchez who has been working out with Cressey’s staff for the last three weeks. A source tells @TheAthletic. He will throw a four-inning bullpen (Friday) at Cressey Sports Performance. Sanchez is a former Cy Young nominee while with the Washington Nationals. The Athletics Ken Rosenthal says Sanchez could pick a team as early as this week. We know that Yankee’s general manager Brian Cashman leaves no stone unturned in finding talent, although there is no direct knowledge of Cashman speaking about Sanchez with Cressey.

The New York Yankees return home to Yankee Stadium today to face the Detroit Tigers. They don’t face the Houston Astros until next week, but there is a connection today. The Tiger’s new manager is A.J. Hinch, the same manager involved in the cheating scandal that enveloped the Houston Astros in 2017. Hinch was suspended over a year ago for his part in the scandal. The same day he came off suspension, the Tigers hired him.

Next Tuesday, the Houston Astros will play at Yankee Stadium for the first time since MLB revealed that the Astros did cheat in 2017 that cost the Yankees a chance at a World Series appearance and that cost Aaron Judge the Rookie of the Year Award that went to Jose Altuve. If you know anything about Yankee fans, you know they have long memories. The Astros can look forward to at least loud boos when Astros players are introduced at the Stadium. We may see some of that today as well to greet A.J. Hinch.

Aaron Judge has suffered an image problem since his 2017 break-out season with one injury after another. Last season he played in less than half the games. This season already, he has had two mysterious ailments that have cost him playing time. Last night in Baltimore, he was again sat down by manager Aaron Boone. For the second night in a row, Boone described Judge’s absence by saying it’s a lower-body soreness that’s hard to describe.

WFAN’s Mike Francesa takes issue with Boone’s statement that Aaron Judge is tough as they come. Francesa suggested that the New York Yankees could have swept the Orioles, and splitting the series “doesn’t cut it.” One could wonder if that outcome would have been different if Judge was in the lineup on Wednesday and Thursday. Reacting to the “tough as they come” comment, Francesa said, “never plays.” that is, of course, an overstatement; the fact that he does seem tender at times is concerning.