New York Yankees News: Everything you need to know in one place 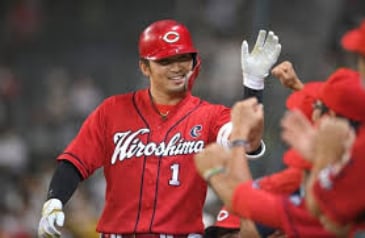 The New York Yankees designated their failed outfielder Clint Frazier for assignment on Nov. 19 and cut him days later; the move brought to an end his tremulous time with the Yankees. Frazier, now 27 years old, took a one-year $1.5 million contract with the Chicago Cubs. He is now taking shots at the Yankees in usual Clint Frazier form as his immaturity shines through yet again. Some ex-Yankees are not taking it lightly.

Pitcher Jeff Nelson has been one of the most outspoken:

“If I see another Clint Frazier story, bro, I’m gonna punch somebody in the f–king face,” he said on the R2C2 Podcast, per Audacy’s John Healy. “S–t is ridiculous. That kid played 15 games in the f–king big leagues. Get the f–k out of here with all these stupid ass f–king stories.â€

TheÂ New York YankeesÂ have been reportedly aggressive in their pursuit of Japanese stud outfielder Seiyu Suzuki. After the lockout is resolved, it is assumed that Brian Cashman will continue that pursuit. Last season the start outfielder had a Suzuki posted a .317 batting average with 38 homers and 88 RBIs, striking out 89 times over 439 at-bats. If the Yankees can land the right-fielder, it could solve two problems for the team. They could move star Aaron Judge to center where he played flawlessly last season, sometimes replacing the ill Aaron Hicks, and put Suzuki in right.

The Yankees were not the only team in hot pursuit of the star; the Boston Red Sox and the Toronto Blue Jays were also aggressive. But in a bit of good news for the Yankees is that Suzuki apparently has scrubbed the Red Sox off his list of teams he might be interested in playing for. He un-followed the Red Sox on social media.

Many New York Yankee fans were sorry to see lefty Mike Tauchman leave the Yankees. Last season he played only eleven games for the Yankees when they traded him to the San Francisco Giants. He played in only 64 games with the Giants with a .186 batting average. Now a free agent, he has signed with the Hanwha Eagles of the Korea Baseball Organization, receiving a $300K signing bonus and salary of $700K for a total of $1 million. Hopefully, the outfielder can savage his career overseas.

Aaron Hicks is healthy and reported ready for 2022

Reportedly center fielder Aaron Hicks is healthy and ready to take his place on the field. On the upside, he played winter ball in the Dominican, which is now over. He got off to a slow start but heated up near the end of the season. With the Leones del Escogido he played in twelve games, hitting 4 home runs and batting .265.

The big question with Hicks is if he can stay healthy. History has proven that when he can stay on the field for any time, his hitting improves. However, the Yankees are not counting on him staying healthy. After the lockout is resolved, the Yankees may look to replace him, making him a bench player.

Rob Brantly to be number 3 backstop

The Yankees have re-signed catcher Rob Brantly to a minor league contract. Brantly played six games for the Yankees during the 2021 season, collecting three hits in 21 at-bats. Most of Brantlyâ€™s playing time last season came with Scranton/Wilkes-Barre, where he hit .289 in 68 games. By signing Brantly, the Yankees will gain depth in triple -A and a third option at the Stadium, after Gary Sanchez and Kyle Higashioka.

One big question for Yankee fans, is after the lockout is over, will the Yankees spend the necessary money to improve the team for 2022? The Yankees in the last few years have been among the teams that have spent the least of their revenues to re-invest in their team. In 2018 they spent just 29.5 and only 33% of revenues for payroll enhancement in the last reporting year, 2019.Â

The Yankees have some pretty big holes to fill, notably getting a shortstop to play in place of Gleyber Torres that has been moved to second base. Many of the best options are already gone. They also need a valid number two starting pitcher to follow Gerrit Cole. Add to that they need help in center field and also have decisions to make at first base. Both owner Hal Steinbrenner and GM Brian Cashman have indicated that they are willing to spend, but as of this point have done nothing.