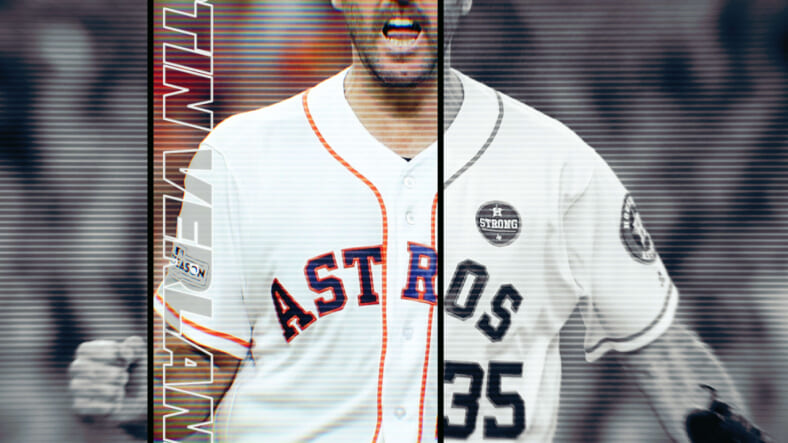 The New York Yankees, in one of the few moves they made before the MLB lockout, was instituted, made a play for the Astros’ Justin Verlander.Â  The Yankees made a one-year, $25 million offer which was rejected, as he apparently took the Astros offer for the same money, but for two years. Now that may be in question.

With the MLB lockout in full effect, the Houston Astros and New York Yankee fans are left with a big question: Is Justin Verlander an Astro?

Almost two weeks ago, Verlander’s brother announced that his brother Justin had come to deal with the Astros for a two-year contract at $25 million a year, after coming off Tommy John surgery. The question lies in the fact that the Astros never officially announced the signing.

Although not likely, it could mean that Verlander could end up in pinstripes. What makes the whole situation so interesting is why the Astros never acknowledged the signing or even made any comments on Verlander’s future. Verlander also has not commented.Â  Jon Heyman on Twitter chimed in on the Verlander story.

Free agency mystery: Justin Verlanderâ€™s $50M, 2-year Astros deal (w/opt out) never was announced and presumably is not official. That means Verlander and Astros have to wait to finalize until a new CBA is done. It is unclear why the deal reported 2 weeks ago is now in limbo.

Verlander has had a great career with the Detroit Tigers for 13 years, but when the Tigers thought his career was on the downside, they sent him to the Houston Astros for prospects. The Houston Astros immediately turned his career around. In 2017, he won all five of his games. In 2018 he was 16-9. In 2019 he had a Cy Young Award-winning season, going 21-6. In each year of Verlander’s time with the Astros, they reached at least the ALCS and won it all in 2017.
The question for the Astros and the Yankees is if he will return to the pitcher he was before his Tommy John surgery. The Yankees took that bet on Corey Kluber and Jameson Taillon in 2021. They were willing to take the same chance with Verlander by offering a $25 million contract for one year. That offer is still in place. According to his brother, he instead accepted a deal with the Astros for a two-year contract at the same annual dollars. Now with the lockout, we will have to wait possibly months for an answer to the question.