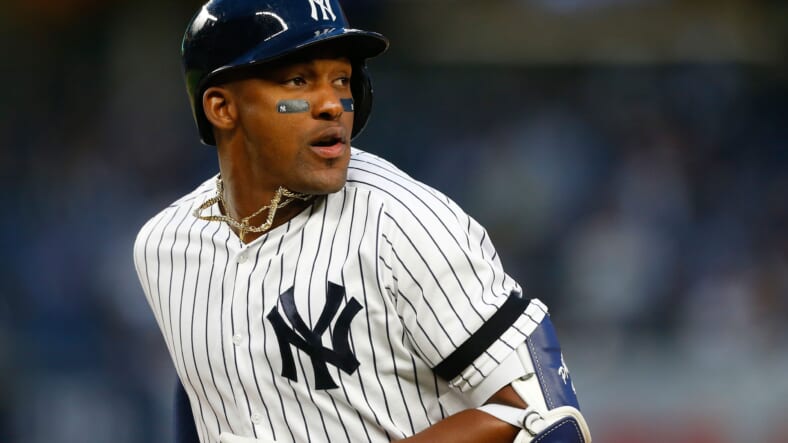 The New York Yankees are forcing Miguel Andujar into a corner this off-season, as tearing his labrum in 2019 allowed incumbent Gio Urshela to steal the third base position away from him.

Andujar struggled defensively in his rookie season, but his offensive production was stellar, as he hit .297, with 27 home runs and 47 doubles. There is a reason general manager Brian Cashman retained Andujar instead of trading him away for a bullpen piece.

His potential is sky-high, and letting a talent of that caliber walk out the door for minimal return is not advisable at any level. Also, the Yankees have substantial expertise at nearly every position and have the depth to withstand any injuries.

In 2019, the Yankees endured 39 individual students on the injured list, in which manager Aaron Boone was forced to supplement the players with depth pieces and career average players. However, he managed to extract the most value out of options like Urshela, who hit .314 with 21 homers. The team finished with 103 wins on the year without Giancarlo Stanton, Luis Severino, Jordan Montgomery, and many more.

As per MLB.com’s’s Brian Hoch, this is where Miguel Andujar fits in:

With general manager Brian Cashman recently stating that third base is â€œGio Urshelaâ€™s job to lose,â€ the Yankees have informed AndÃºjar that he should plan to see time at first base and in the outfield this spring. There seems to be no harm in giving AndÃºjar a look at a corner-outfield spot, and as manager Aaron Boone said, increasing that versatility would boost AndÃºjarâ€™s chances of grabbing a spot on the 26-man big league roster. Extended time at DH is a possibility as well, depending on the health of others, most prominently Giancarlo Stanton.

Cashman said that AndÃºjar does have Minor League options remaining, making him a possibility to open the season at Triple-A, but the Yankees will give him an opportunity to show that his swing has recovered following season-ending right shoulder surgery in May. Remember, AndÃºjar is turning 25 in March and one year removed from a season in which he hit .297/.328/.527 with 27 homers and 97 RBIs in 149 games, finishing second in the AL Rookie of the Year chase.

While the hot corner wasn’t Andujar’s bread and butter, he has a second chance by moving positions and hopefully finding a spot on the 26-man-roster during the regular season. He is a pure offensive threat that adds plenty of quality at the plate as a designated hitter if he doesn’t find himself starting defensively. Hopefully, he can thrive in the first place position or in left field, where he could theoretically alternate with Giancarlo Stanton to mitigate any injury concerns. This would be the ideal scenario, in my opinion.