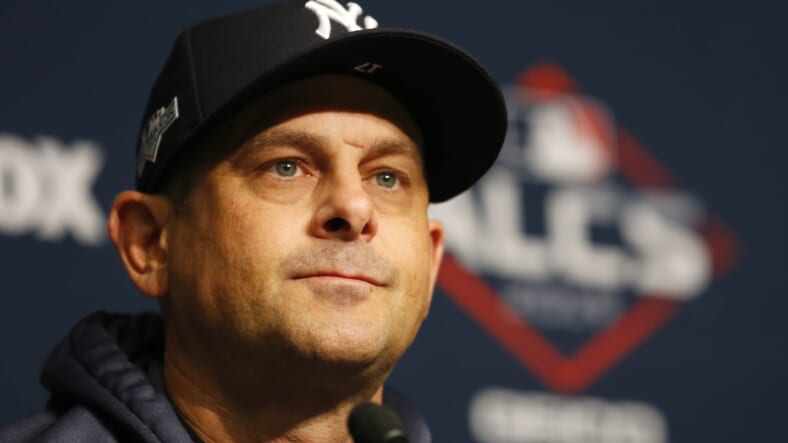 The New York Yankees made a big decision with manager Aaron Booneâ€™s future on Tuesday morning, electing to sign him to a three-year contract through the 2024 season with a club option for 2025.

According to the Yankees’ PR:

It seems as if management believes that Boone was the right man to lead them into the future, despite his shortcomings the past few years, including a Wild Card defeat to the Boston Red Sox this past season. At 48-years-old, Boone has compiled a 328â€“218 managerial record, and while heâ€™s led them to postseason opportunities in each of his first four seasons, he hasnâ€™t been able to reach the World Series.

Most fans would feel some sort of hatred toward this decision, despite him averaging 98 wins per season over the past four years. Boone ranks ninth in the Yankees’ all-time list for career managerial wins, but he will have an opportunity to push past some of the more well-known names from the past.

The Yankees have a lot to do this upcoming off-season, including filling the shortstop position with a free agent acquisition. The unfortunate Gleyber Torres experiment failed, and the starting pitching rotation fell apart midway through the season, so the Steinbrennerâ€™s will have to be prepared to spend some money in hopes of improving the team once again.