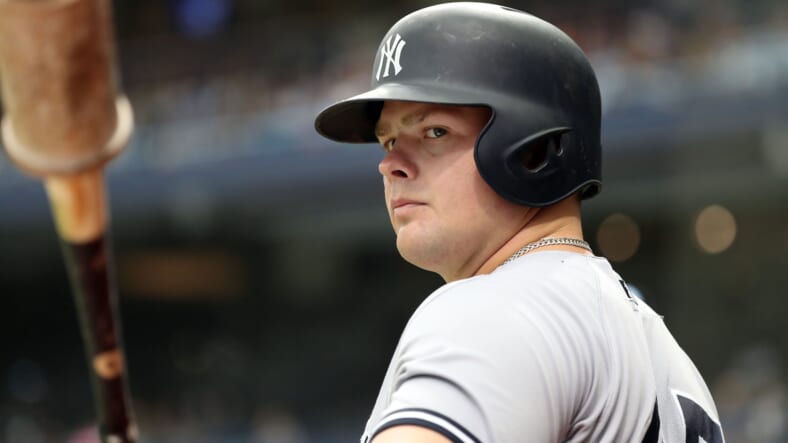 New York Yankees first baseman Luke Voit has been continuing to live up to the expectations that he set at the end of 2018.

In July of 2018, the Yankees acquired Luke Voit from the St. Louis Cardinals for Chasen Shreve and Giovanny Gallegos. Gallegos hadn’t spent much in the bigs, but Shreve did and constantly struggled with the Yankees.

So, the trade was basically a salary dump so the Yankees could make more trades at the deadline, and thought they were just getting a AAA first baseman.

But, Greg Bird wasn’t producing with the Yankees so the team called Voit up and gave him a shot. He had a successful final month and a half of the season in the majors, batting over .300 and leading the MLB in home runs during that time.

Though he isn’t batting .300 this year, .270 is still real solid. He continues to drive in runs and get on base, while playing solid defense for a first baseman.

His impact on the Yankees continues to be felt, and hopefully he will get the shot he deserves to start the all-star game.