New York Yankees: Looking back at famous Yankee players that have passed on this year (videos) 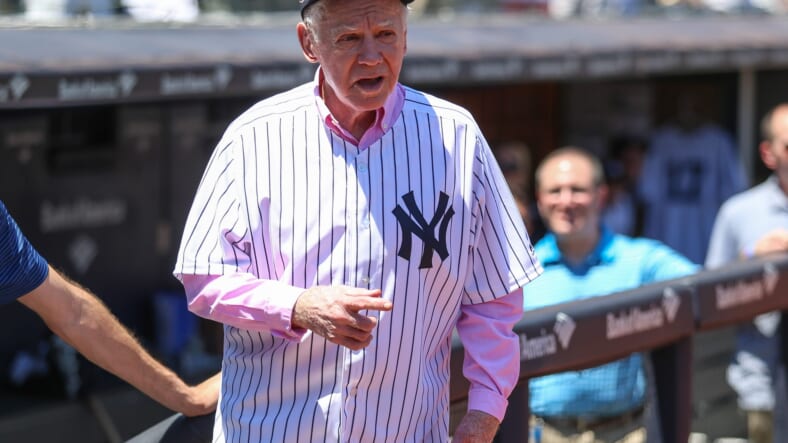 For New York York Yankees fans, 2020 is a year we would all like to forget and not repeat. Number one was the coronavirus that ravaged so many Americans and still does. We have lost family members and friends to the dreaded virus. Many have lost jobs, and several of us are financially stressed. Hopefully, with vaccines coming online, 2021 will see a safer, healthier, and more prosperous year.Â  Although subjected to a short baseball season for relief, Yankee fans did find some pleasure in our favorite sports pastime even if we exited the postseason far too early.

2020 also marked a year when we lost many favorite players, some famous others not so much, but as we look back, we have fond memories of all of them for their play, their antics, and was downright fun to watch. Some even include Hall of Famers. Today we look back and remember some of them.

2020 started out with a New Years Day with the news that Don Larson had died overnight. Larson is a famous Yankees and a record holder in all of baseball, which is likely never to be repeated. He is the only pitcher ever to pitch a perfect game in the World Series.Â  On October 8, 1956, he pitched his perfect game against the then Brooklyn Dodgers. Larson was not the greatest pitcher for the Yankees and was used mostly by manager Casey Stengel as a spot starter and reliever, but on this one day, he reached the baseball history books.Â  From George Steinbrenner’s time, he made every Old Timer’s Day celebration at Yankee Stadium, much to the delight of Yankee fans.

“Whitey” Ford was one of the most popular New York Yankees ever when he pitched for the Yankees. Ford signed with the Yankees as an amateur free agent in 1947 he made his Major League debut in 1950. From then until 1967. He had a record of 236-106 over sixteen years, all with the New York Yankees, making him the most successful Yankee pitchers of all time, and that still stands. He was so good he was eventually called “The Chairman of the Board,” as named by famous Yankee catcher Elston Howard, a title that stuck until his death two weeks short of his 92nd birthday. Ford had eleven seasons of 16 or more wins. He has a monument in Yankee Stadium Monument Park, is a Cy Young Award winner, and is enshrined in the Baseball Hall of fame.

Just one day after Christmas, we learned of the passing of Phil Niekro. Niekro had one of the longest pitching careers in baseball, pitching for 24 years, two of them with the New York Yankees. He earned his 300th win in those two years and went 32-20 over the two years with a 3.59 ERA. He was the second oldest pitcher ever to have a complete game. He is also the second oldest to have a shutout. He finished the 1985 season with a 16â€“12 record, the final time he won 15 or more games in a single season. From 1984 through 1985, he was one of the most popular of Yankee players. He was inducted into the Baseball Hall of Fame in 1997.

Horace Clark was a second baseman for the Yankees for then years, starting in 1965. Clarke made history, becoming the only big leaguer whose first two career homers were grand slams and becoming one of two players to break up three no-hitters in the ninth inning. Clarke wasn’t a great player, but he was a good solid player who played during the Yankees’ down years. However, because of those lousy teams, he never got the credit he deserved. He played all but one year of this career playing for the Yankees. He wasn’t the greatest hitter (.256) but was an excellent defender for the Yankees.

Bob Watson signed as a free agent with the New York Yankees after coming from the Red Sox. With the Yankees, he reached the post-season for the first time in his career, losing to the Royals. A year later, he reached the World Series for the first time. He hit two home runs and batted .318 with seven RBI’s in the Yankee’s loss to the Dodgers. But his claim to fame is not his playing days, which were pretty good too. He was the first and only black general manager in baseball. He was named the New York Yankees general manager in 1978 and won a World Championship.

Washington was a popular Yankee outfielder from 1986 to 1988. With the Yankees, he had a .277 batting average hitting 27 home runs. He hit the 10,000th home run in Yankee franchise history on April 20, 1988, facing Minnesota Twins pitcher Jeff Reardon in the ninth inning of a 7-6, 10-inning win in Minneapolis.