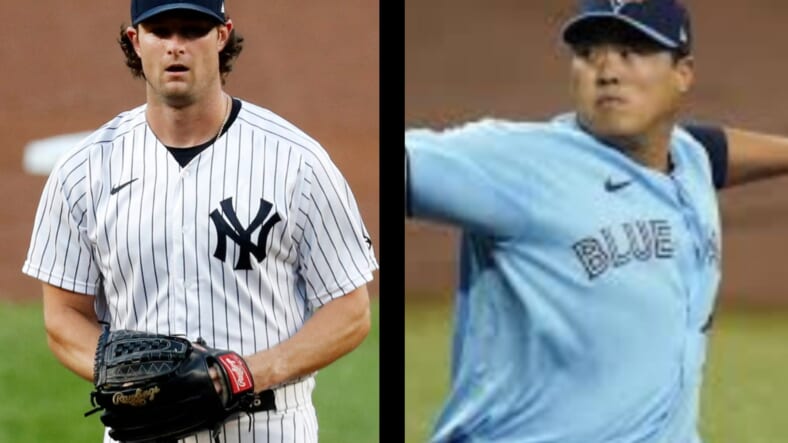 Tomorrow is the day New York Yankee fans have been waiting for what seems like forever; it will be Opening Day at Yankee Stadium. Fans haven’t been able to attend games since the 2019 postseason. Now, 10,850 lucky fans will be allowed to attend in person.

There is no question that it will be celebratory, but not without its unpleasantries. According to the Yankees, fans will have to carry some type of proof that they have received the vaccine or subject themselves to a PCR COVID test before arrival at the stadium that must be negative. Then before entering, you must pass a temperature check as well. Once inside, you will be seated in pods of from 1 to 8 fans. You must wear a mask except for when you are actively drinking or eating. Concessions will only accept plastic. According to reports, there will be no interaction between players and fans. Here is the statement from the Yankees.

The proof of vaccination or negative PCR test can be shown on your mobile phone. For more information, click here.

The New York Yankee starter will be Gerrit Cole. This will be Cole’s second opening day start for the Yankees. During the shortened 2020 season, Cole had 12 starts and wentÂ  7-3 with a 2.84 ERA. During the postseason, he had an ERA of 2.95 in three postseason games. Although he seemed to struggle at times during this spring, throwing a lot of pitches, he had a 3-0 season with a 2.45 ERA. Against Toronto last season, he was 2-0 with a 1.29 ERA.

The Toronto Blue Jays will start their ace, Hyun Jin Ryu. This is also his second opening day with the Jays.Â  Toronto has their pitching problems this season with pitchers injured. Ryu was excellent last season. He pitched to an ERA of 2.69 and came in third in the Cy Young Award competition. Last season he had a record of 5-2 in twelve starts. Ryu gave up 3 home runs to the Yankees on September 8, 2020.

Here is the Jays starting lineup for tomorrow:

The biggest question other than who will win the game is the weather for the Opening Day festivities. It has held pretty steady for the last several days that there will be rain turning to showers in the morning. Although it will remain cloudy, precipitation should stop in time for the Opening Day celebration. It will be chillier than the Florida games, with a temperature that will hover in the mid-40s.

As far as the game is concerned, this one is a real toss-up. It will probably come down to which pitcher allows home runs and which team leaves the fewest players on base. There is no question that the New York Yankee lineup will have a tough time with Ryu, especially if the bats remain relatively silent as they have in the last few games of spring training. One thing is for sure this will be one of the most exciting games of the regular season.

The game will be at 1:05 pm and will be televised on the YES Network, ESPN, and MLB.TV. The YES Network will have extended coverage of all the Opening Day festivities starting at 11:30 am.