New York Yankees: Joe Girardi says it will be “odd” to return with a different uniform 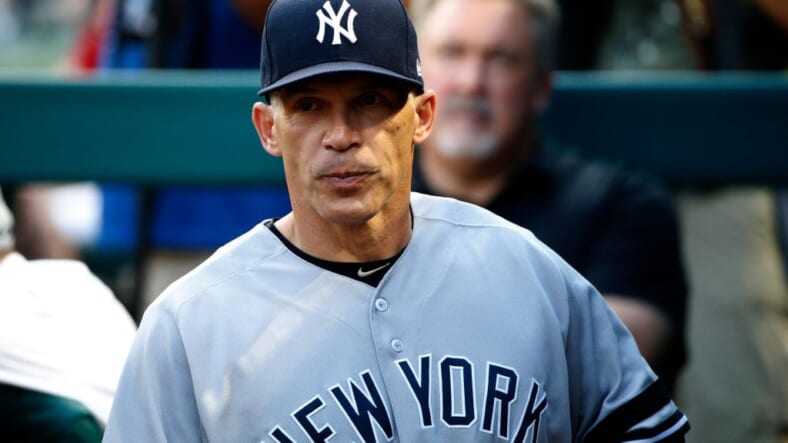 Now firmly entrenched as the Philadelphia Phillies manager, Girardi will return to Yankee Stadium for the first time since being let go as manager. His club will visit the Bronx on July 20 for an exhibition game.

When games start counting, Girardi and the Phillies will go to the Bronx on July 29, the New York Yankees’ home opener.

A familiar face for the Yankees

Girardi had a video chat with reporters on Wednesday and said that it will be a little “odd” to return to Yankee Stadium with another uniform.

According to NJ.com, here is the full quote:

“I think itâ€™ll be odd because Iâ€™m not used to going in the other dugout or the other locker room. It will be really good to get back and see people that I know. I look forward to seeing (visiting clubhouse manager) Lou (Cucuzza) on the other side in the clubhouse. I remain friends with Lou and talk to him on a regular basis. But it would be good to get back. But itâ€™s going be a little bit different. I have to make sure I donâ€™t turn into the wrong door when I come down the stairs, and I think we do come in a different way as the visiting team so that should help out. I wonâ€™t lead, I will follow make sure I go to the right place.”

Girardi also said that it has been great to manage former Yankees shortstop Didi Gregorius again. “He has been great in our clubhouse. Didi brings a smile and laughs a lot and has fun every day and thatâ€™s what we continue to see with Didi here. He did hit a Grand Slam today in our intrasquad game. So that was good to see. He looks great.”