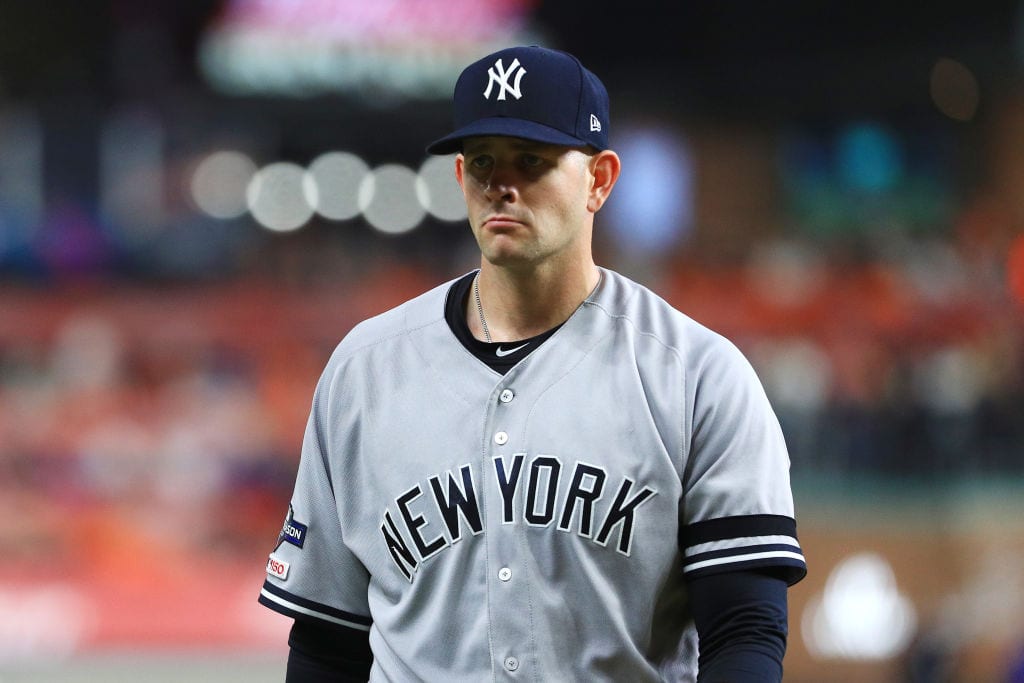 The New York Yankees‘ bad luck with injuries simply cannot be explained. Left-handed starting pitcher James Paxton was cruising in his last start against the Tampa Bay Rays, but allowed three runs in the fifth inning and departed shortly after battling with walks (he handed four.)

As it turns out, he felt discomfort in his left arm and was sent for an MRI. The results showed that his ulnar collateral ligament is intact, which is excellent news for his prospects of avoiding Tommy John surgery, but he is dealing with a flexor strain.

Flexor strains are multi-week injuries, so the ailment has the potential to end the New York Yankees’ lefty season prematurely. For now, no such scenario has been discussed, but he is looking at multiple weeks on the mend at the very least.

The Yankees need a starter

The information of the diagnosis was reported by MLB Network’s Jon Heyman. Paxton was slated to be the Yankees’ second starter behind Gerrit Cole, but since his first start of the season he showed diminished velocity, and the results suffered.

Last season, an average fastball from Paxton traveled at 95 miles per hour. To start the season, it barely touched 92.

The situation became to improve progressively through the season, but his velo never got back to normal.

For now, the Yankees are left scrambling for another starter. Candidates to fill in for Paxton in the rotation are Jonathan Loaisiga, Mike King and Clarke Schmidt. The team could also opt to pursue a starter in the trade market, although it is unclear whether they will choose to go that route having several internal candidates.