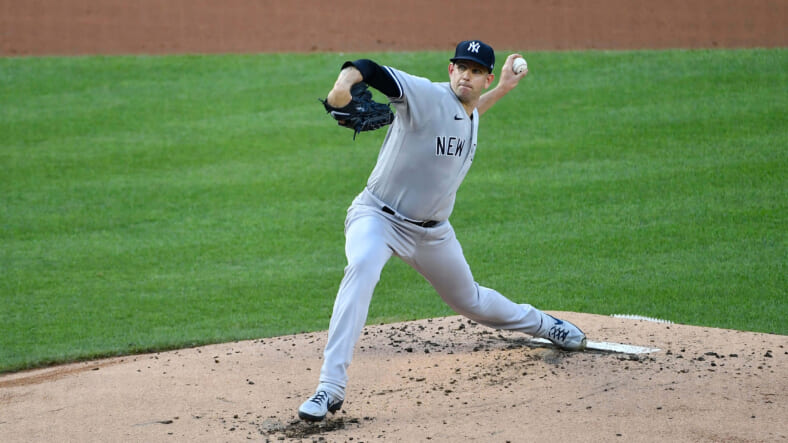 The New York Yankees lost three members of their 2020 starting rotation to free agency: James Paxton, Masahiro Tanaka, and J.A. Happ. The latter signed with the Minnesota Twins this week, while the other two remain unsigned.

The Yankees brought Corey Kluber on a one-year, $11 million deal, but there is still work to be done to shore up the rotation. After Gerrit Cole, there is just too much uncertainty and inexperience. Jordan Montgomery, Domingo German, Deivi Garcia, and Clarke Schmidt form a very good group, and Luis Severino will be healthy, presumably, by the All-Star break. But there is still a feeling that they are one arm short.

This is a problem because the Tampa Bay Rays are very good, even after losing two aces, and the Toronto Blue Jays have a much improved offense. They signed outfielder George Springer, closer Kirby Yates, and have an impressive core of batters.

Now, they need quality starting pitching to compete with the Yankees and Rays. And according to MLB Network’s Jon Heyman, they are making their due dilligences to bring talent into the organization.

“The very active Blue Jays are looking at starting pitching now and have James Paxton among others on their radar,” Heyman tweeted on Friday.

Paxton had a rough 2020 with the Yankees

The 2020 season started poorly for Paxton, then with the New York Yankees. He was punished in his first few turns and his fastball velocity was down significantly, from his usual 95 mph to 90-91.

He ended up missing the majority of the 2020 campaign with a left flexor strain after just five starts.

He finished 2020 with a 6.64 ERA in 20.1 frames, but his FIP was a much more decent 4.37. In a recent showcase, the former Yankees’ southpaw showed encouraging signs: According to MLB.comâ€™s Jon Morosi, he reached 94 mph during a recent throwing session for scouts.

Truth be told, Paxton and the Yankees make sense for at least a one-year reunion. However, the organization doesn’t seem too inclined to seriously discuss a deal with him or Tanaka.